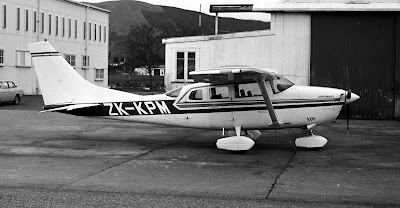 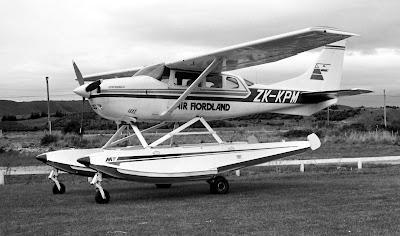 It was listed to Air Flite Fiordland from 30-01-1986 and then transferred to the Fiordland Experience Group Ltd at Te Anau on 07-11-1986.
And below it was noted at Queenstown on 17-07-1987 back on wheels and wearing the name 'Turi' just below the cockpit. another Dave Bate photo. 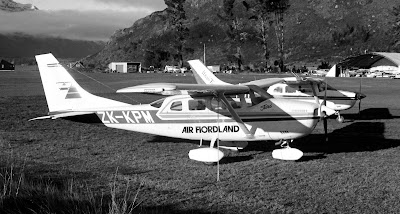 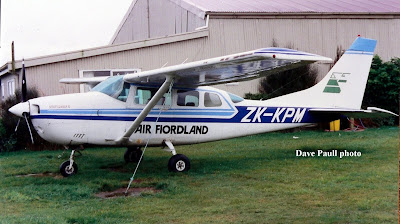 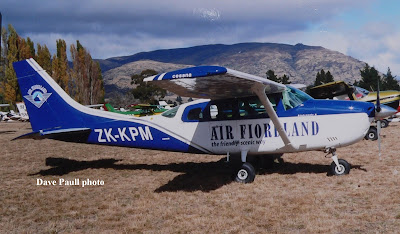 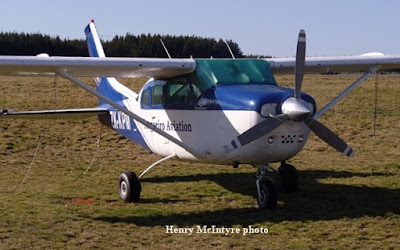 The above image was snapped at Taupo by Henry McIntyre on 03-09-2011.
It was noted undergoing its SIDS inspection and a major rework at West Melton in August 2014 ---- 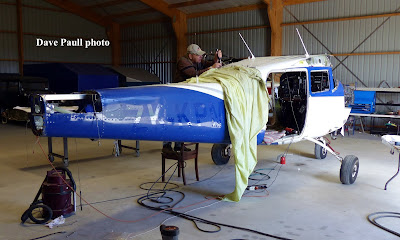 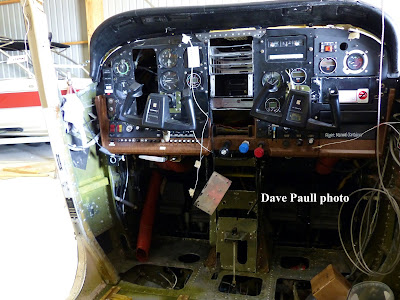 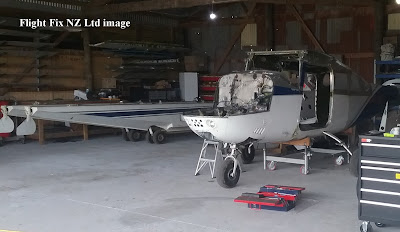 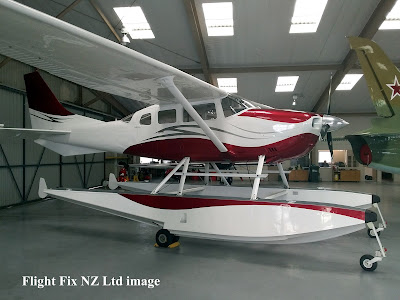 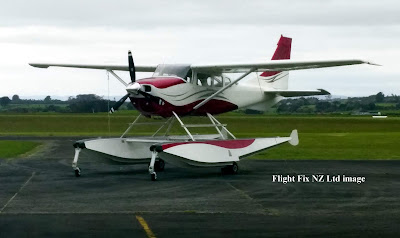 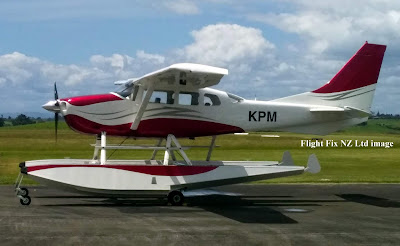 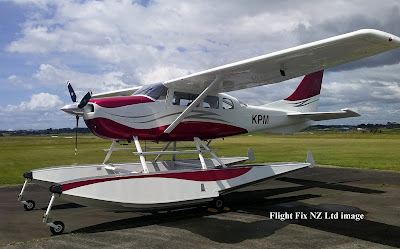