As the wind died down during last week at Stratford, a few more of the local aircraft were out and about. 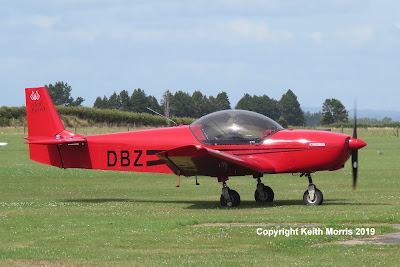 On the Thursday afternoon Wayne Richmond relocated Gary Marsh's Zenair CH-601HDS ZK-DBZ2 from his home airstrip to the aerodrome.  This is the speedwing version with tapered outer wings and Wayne has rebuilt the wings with wing tanks which give a total fuel capacity of 140 litres!  It is powered by a Camit 6 cylinder engine which sounds great. 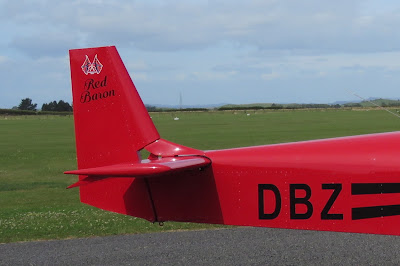 Gary Marsh has owned ZK-DBZ2 since 27/9/16 and he has named it Red Baron as above with the Stratford Flyers logo. 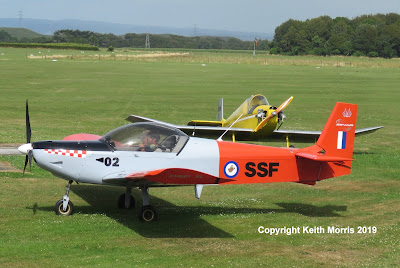 On the Friday Wayne gave lessons to a couple of new students in the Stratford Aero Club's Zenith CH 601-XL ZK-SSF2.  Here Justin who follows the blog, is about to head off.  Nice to meet you Justin. 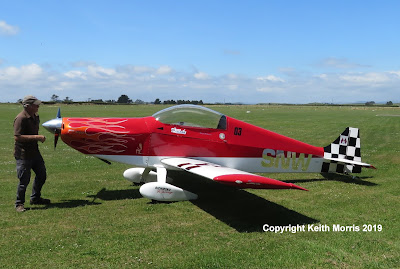 Wayne had his Sonerai IILS ZK-SNW out in the sun and we went for a flight to get some tailwheel experience (but it happens much faster than in a Jodel!), it goes like a rocket with a 4 cylinder Jabiru of 85 HP.  He keeps his aircraft immaculately maintained. 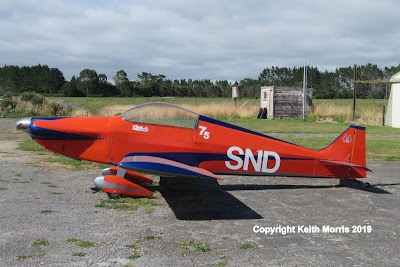 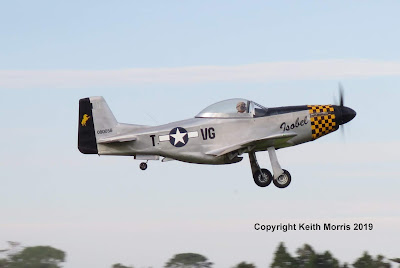 On Friday afternoon Gary Marsh flew down from his home strip at Inglewood in his Rotax 912 powered Titan Mustang ZK-TVG, to put some hours on his Zenair CH 601HDS.  The above photo is of Gary heading for home late in the day.  Gary has modified the exhaust system so it sounds rather un-Rotax like but quite good. 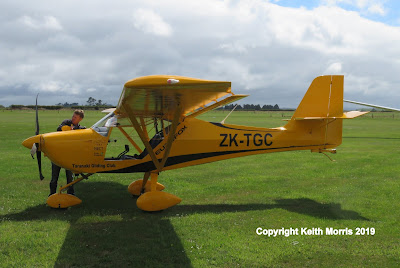 Then on Saturday morning the Taranaki gliding club came out to play.  Their tug is the Aeropro Eurofox 3K ZK-TGC.  I did not have time to photograph their gliders as we had to head off for Thames.