Wanganui is another domestic airport with those security fences, and it was pretty much a dead loss.  I took a couple of photos over the fence: 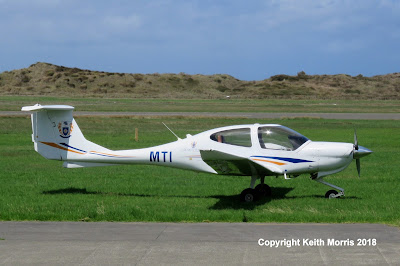 Massey University School of Aviation's Diamond DA 40 ZK-MTI was parked, no doubt on a cross country. 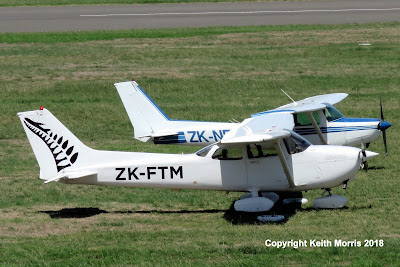 A couple of ex Feilding planes of NZICPA (New Zealand International Commercial Pilots Academy), of Whanganui were on the field.  Cessna 172S ZK-FTM2 has the company's logo on the tail. 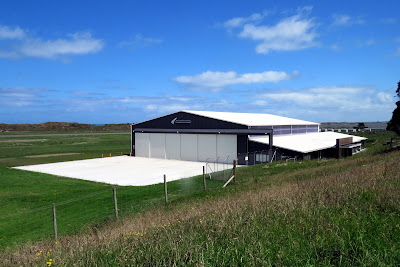 And here is their new hangar and training facility on the airport, again featuring the fern logo.

There were other interesting aircraft on the field, for example a 400 HP Fletcher still in Wanganui Aero Work's colours, but there was no way that I could get near them.  Quite frustrating really but hey I wouldn't want to go against the all pervasive Health and Safety policy!