Back in July 2012 I was posting on the histories of Homegrown Single Seat Homebuilt Aircraft of New Zealand when I got to the Williams Mark 4.  The link to this post is:  http://nzcivair.blogspot.co.nz/2012/07/homegrown-single-seat-homebuilt_31.html

In the post I asked if anyone had photos of the earlier Williams aircraft.  Some time later I was contacted by Geoff's brother Richard who said that there were photo albums that Geoff had kept that he would look for, and then some time later again Richard produced scans of the albums which told a fascinating story!

Geoff Williams of Dunedin designed and built three homebuilt aircraft in Dunedin in the 1970s plus a fourth aircraft between 1988 and 1991.  None of these aircraft were registered as it seems that Geoff did not like officialdom much.  However he must have had a very clever aeronautical brain because he designed and built all of his aircraft himself, including the propellers, and flew them all with very little flying experience (at least in the early days).  His father was Rodney Williams who was a WW 2 Lancaster pilot with 90 Squadron RAF and who was awarded the DFC in 1945.  After the war he was very involved with the ATC in Oamaru and was awarded an MBE for this work in 1964.  His son Geoff was an ATC cadet and it may be that he experienced some flying in Harvards with the ATC, but apart from that he had no official flying training. 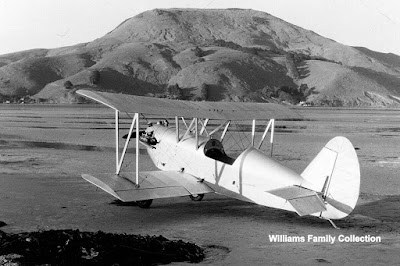 He started building his first aircraft, the Williams Mark 1 in August 1969 and remarkably had it finished by the following May when he took it to Papanui Inlet on the Otago Peninsula and tried to fly it from the beach. 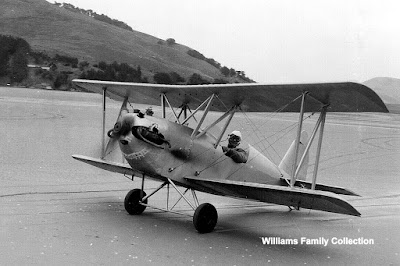 The Williams Mark 1 was a small biplane with a VW engine.  When a local farmer saw what Geoff was attempting he suggested that he would do better trying to fly his aircraft off a farm airstrip at Hooper's Inlet. 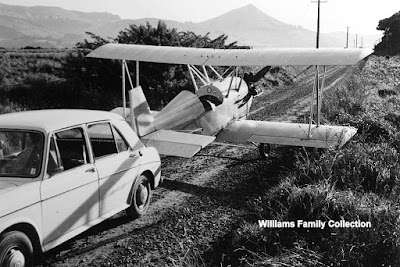 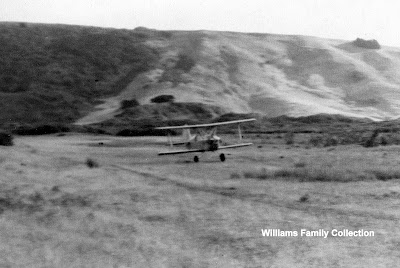 I do not think that the Williams Mark 1 flew successfully, although you can see from the above photo that it was not for the lack of trying!  It is probable that the aircraft was quite heavy (based on construction photos).  There are photos of it in 1971 but then Geoff Williams moved on to his next aircraft.