A visit to Auckland Airport offered the Airways Corporation Piper PA42-1000 Cheyenne ZK-FIS which was imported from Australia in November 2017. 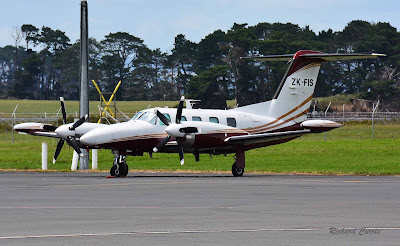 Also outside was the Air Chathams Convair CV580 ZK-KFH,  acquired in February 2017,  in front of the 2 SAAB 340Bs just flown down from Guam 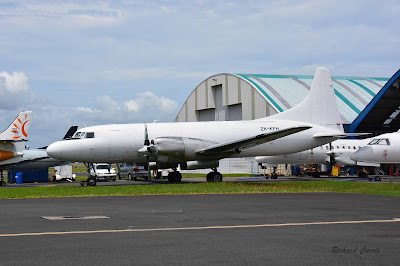 Other than Air NZ and corporate helicopters all black aircraft are not that common here but joining this group recently is Auckland based Cessna 152 ZK-JFY. 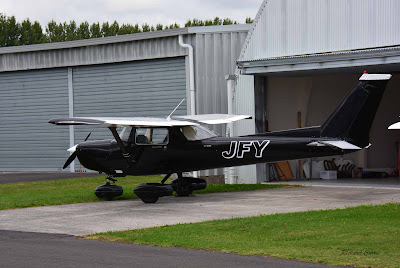