Today the Auckland weather was forecast to improve from the awful stationary front(s) that have been loitering around for several days.  A phone call to Avspecs found that test pilots Dave Phillips and Keith Skilling were on site and ready to go flying, so off to Ardmore.... 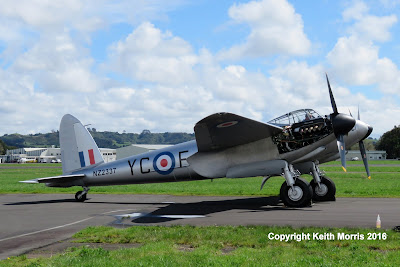 On arrival before midday some last minute engine work was being attended to. 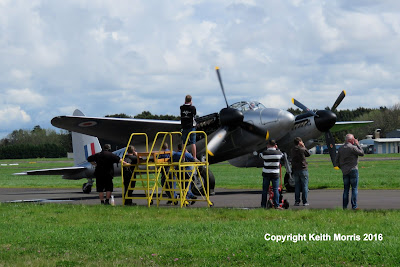 The crowds were absent but the Avspecs workers were out in force. 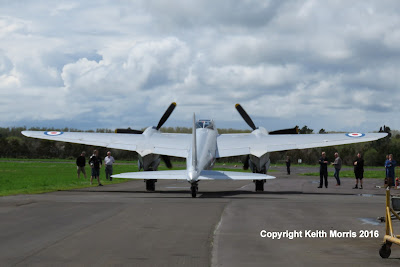 With the two test pilots aboard, start up was just after midday. 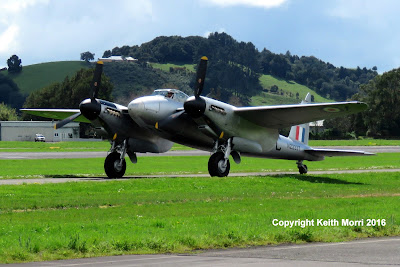 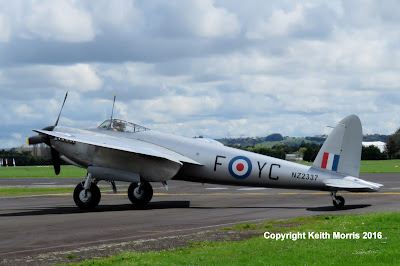 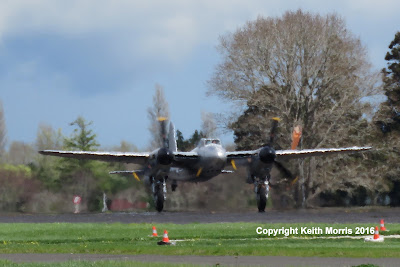 Take off through the heat haze for its second flight. 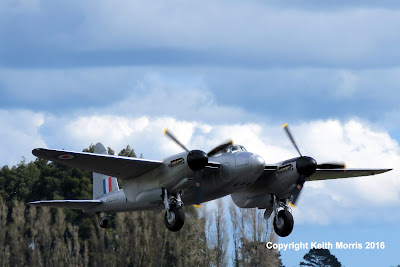 And off! to the amazing sounds of the twin Merlins. 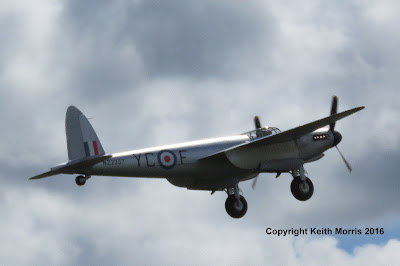 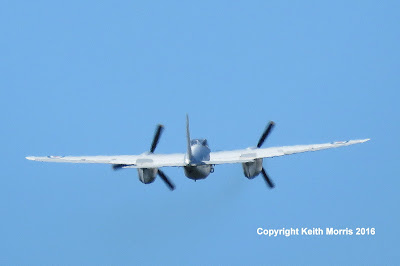 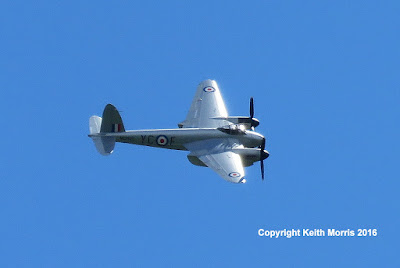 Wonderful lines! from above. 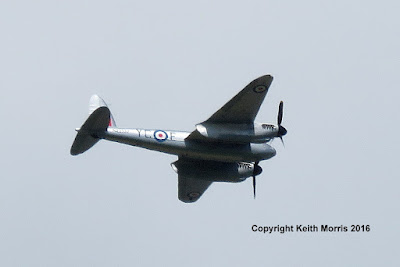 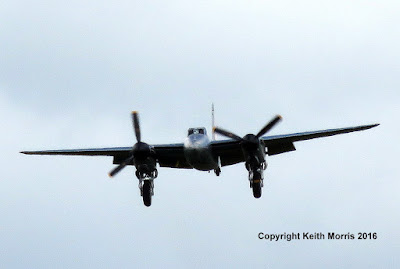 Then after a 30 minute flight, the approach. 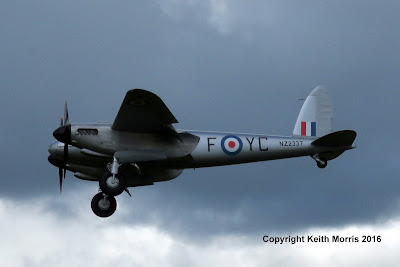 And over the fence for a nice landing.