The Alpi Pioneer 200 was designed in the mid 1990s by a team of Italian homebuilders led by Corrado Rusallen.  It was designed as a simple microlight with fabric covered all wooden construction (similar to Jodels and Minicabs).  It has a constant chord wing for simplicity, and is fitted with flaps.  The canopy opens from the front similar to a Minicab.  The undercarriage is fixed tri-gear with a steerable nosewheel.

Alpis are assembled in a factory located at Pordenone in North East Italy, near Venice, and can be ordered as a kit or as a completely built up aircraft needing only engine, instruments and interior trim.  The wooden airframes are built in Croatia.  The factory can also apply a colour scheme, which is how most Alpis have come into New Zealand.

Logan McLean became the Alpi agent for New Zealand in the early 2000s and imported a pair of aircraft as demonstrators.  The Alpi 200 has proved a popular aircraft in New Zealand and we have had a total of 24 registered here to date, of which 22 are still current. 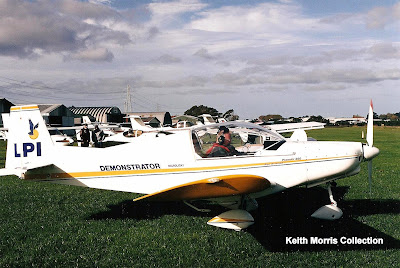 ZK-LPI (c/n NZ200-1) was imported by Logan McLean and registered to his company, Alpi Aviation NZ Ltd of Whangarei on 13/8/02.  Logan painted the aircraft as his demonstrator, as in this photo taken at Pike's Point in 2003. 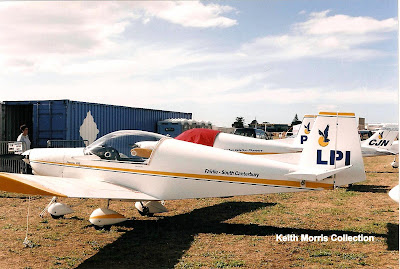 ZK-LPI was sold to Robert B Trotter of Fairlie on 20/1/04 and the fuselage script was changed to Fairlie, South Canterbury as in this photo taken at the 2004 SAANZ flyin at Tauranga.  On 11/1/06 it was sold to Peter M Randall of Te Kopuru, near Dargaville.  Unfortunately it was damaged in a landing accident at Te Kopuru in late 2007 and its registration was cancelled on 18/12/07. 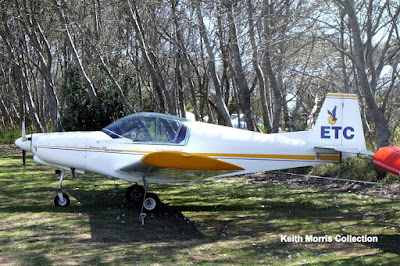 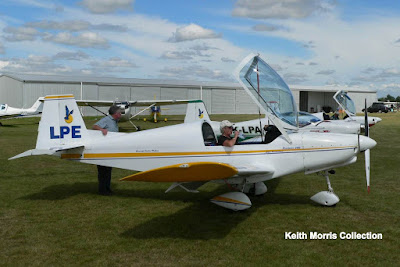 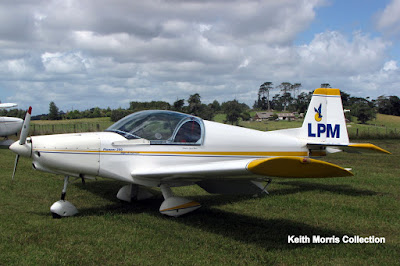 ZK-LPM (c/n NZ2004) was first registered to Ross Marfell of Christchurch on 1/4/03 and first flew on 25/4/03. It was sold to Judge Holdings of Great Barrier Island on 19/10/05 and then to Bruce N Ussher of Paihia on 11/2/08, under whose ownership it is photo'd above at North Shore airfield on 26/2/11. Most recently it was sold to Margo Migirdichyan of Lyttleton, with whom in is quite active. 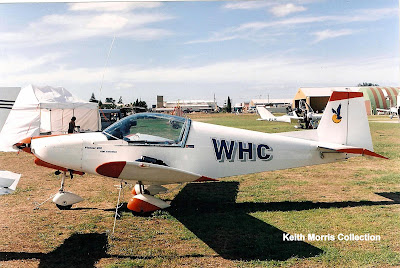 ZK-WHC (c/n NZ2005) was first registered to John C and Mary McGuinness of Flat Point Station, near Masterton on 5/6/03 and it is still owned by them.  It is photod above at the 2004 SAANZ flyin at Tauranga.  This aircraft arrived in all white and was painted by Logan McLean, hence the different colour scheme.. 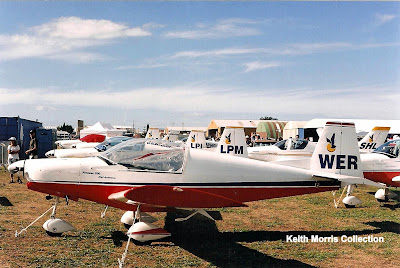 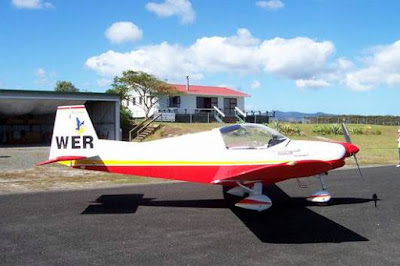 It then migrated to the North island being sold to Thomas S Hunt of Kaitaia on 17/6/11, then to Stephen M Innes of Hamilton (then of Whitianga) on 18/7/13.  Along the way it was painted in slightly different colours as in this photo taken from Trade Me.