A very much overlooked skiplane is the Cessna A185F Skywagon ZK-DJM (c/n 18502156) which Air Safaris and Services Ltd of Geraldine purchased new via Rex Aviation (NZ) Ltd in May of 1973.
It gained its C of A on 11-05-1973.
This replaced their Cessna 180 ZK-BDE which they had operated out of Mesopotamia Station in the Upper Rangitata.
Photo below comes from the CMM collection and was taken at Christchurch in August of 1973. 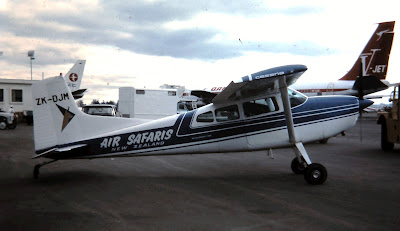 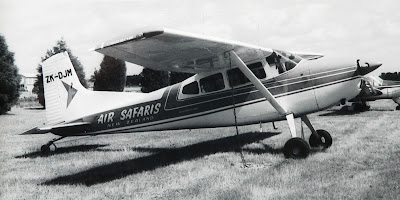 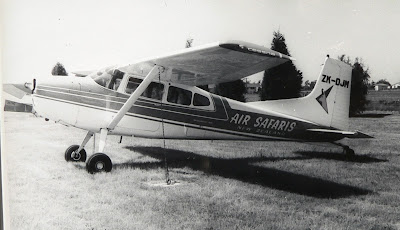 Below we see DJM at Dunedin receiving regular maintenance - dated 11-02-1975. 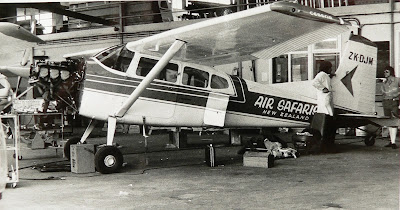 From the CMM collection we have a shot of ZK-DJM with skis attached outside Dalhoff and King at Dunedin Airport - alas not date. 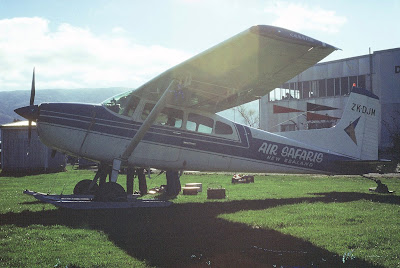 And taken from the Air Safaris and Services web site is a shot of her at the Tekapo Ski Field.
Check out :-  http://www.airsafaris.co.nz/about-us/history/ 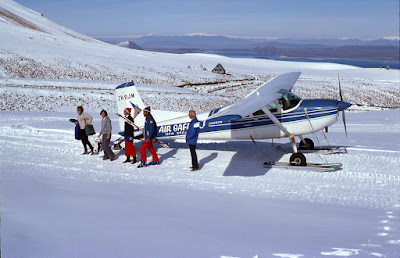 This 185 was sold to J Chesswass of Maxwell near Wanganui in February of 1982 and a couple of weeks later transferred to Walter Holdings Ltd of Brunswick.
Andrew Stevenson of Gisborne took it on from 26-11-2001 and it is seen below at Napier on 13-04-2002 in meat bombing mode - 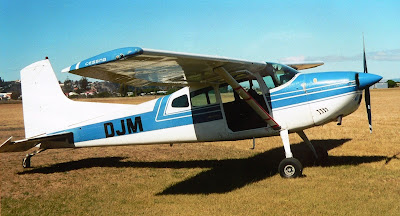 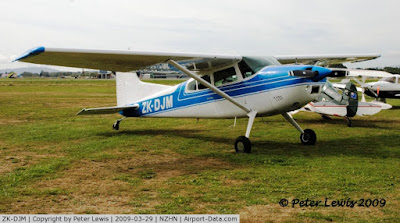