In May of 2012 I posted the photograph below.
There followed some discussion about the identity of these two Cessna 185's.
http://nzcivair.blogspot.co.nz/search?q=cew

A couple of days ago I received the following details with two attached photographs showing ZK-CEW in the same scheme as in the above pic.
In October 1965 three of us were camped in a snow cave under Mt
Alack overlooking the Albert Glacier. We had spent a week climbing in the
area when late on the afternoon of October 23 we were, because of very
windy conditions, loafing on rocks above our cave when we heard an
aircraft nearby. As it circled level with us  above the snowfield it was
banking left when suddenly it appeared to be caught by wind under the
starboard wing and plunged 500 feet to the snow below.

I have included two photographs of ZK-CEW taken on the Tasman
Glacier earlier in 1965.
This will solve the colour query raised on your
blog. 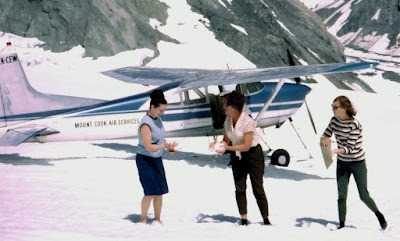 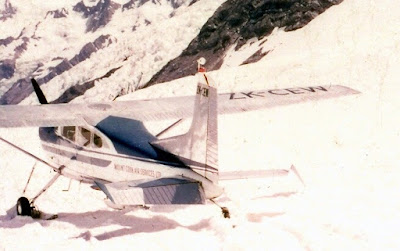 NICE.
My next question is :- Whats with the circular panel above the cockpit in the above photo.
Did it do seasonal Ag work ? 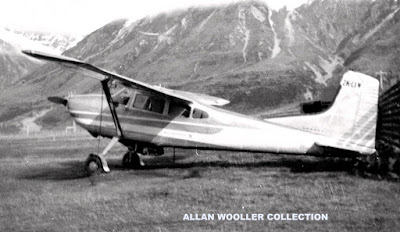