The original Fiesler Fi 156 Storch (Stork) first flew in 1936 in Germany and during WW2 several thousand were built in many countries including Germany, Romania, Czechoslavakia and France,  The design was provided to Russia before the war and was also built by Morane Saulnier in France from 1944 for the French Armee de l'Air.  It had amazing STOL performance with full span slats and slotted flaps and ailerons.  It also had an interesting amount of undercrraige travel - it is worth googling to see a Storch do a short landing!

The Storch had such amazing performance that it has spawned several copies (mostly 3/4 scale) as in the Slepcev and Ragwing aircraft below, and the Pazmany PL9.  I understand that Murray Belfield of Tokoroa (who built his Jodel D 11 many years ago) is well advanced with building a Pazmany Storch for bush flying.

The Slepcev Storch was designed by Nestor Slepcev, a Yugoslavian who emigrated to Australia.  It is modified for simplicity but still has the full span leading edge slats and Fowler flaps, which gives it an amazing STOL performance - quoted figures for takeoff and landing are 30 to 50 feet and  it is claimed that the Slepcev Storch can fly at 22 mph with full flap and 30% power!!  I wonder when one will show up at the Healthy Bastards competition?  Length is 6.8 metres (22 feet 4 inches), wingspan is 10.0 metres (32 feet 10 inches) and the wing area is 160 Square feet.  Empty weight is around 290 Kg (640 pounds) and MAUW is 544 Kg (1200 pounds).  Engine power for the microlight version can be from 65 to 100 HP but models are available for more powerful engines in the Super Storch model.  Kits are available from the factory at Port Macquarie, NSW and from Novi Sad in Serbia.

We have had three Slepcev Storches in New Zealand as follows: 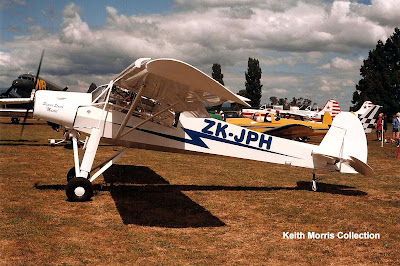 Our first Storch was a demonstration example that was bought to New Zealand and demonstrated by Nestor Slepcev at the 1998 SAANZ flyin at Matamata, where it is shown in the above photo.  ZK-JPH (c/n 036) was owned by Jim Hazelton of Turners Flat, NSW and was first registered here on 3/2/98.  I remember Nestor Slepcev giving the most amazing handling display at the SAANZ flyin including 180 degree turns within the confines of the airstrip.  It was marked as a "Slepcev Storch Muster".  After further demonstrations in New Zealand it was cancelled on 19/3/99 and returned to Australia where it became 19-3061. 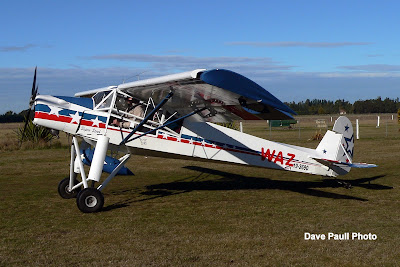 Our second Storch came the other way, from Australia to New Zealand.  ZK-WAZ (c/n SSUL097) was previously 19-3690 and still wears thos marks as well as WAZ.  It was imported by Gavin Ladbrook of Timaru and was first registered here on 11/7/03.  It is photo'd above at Timaru on 1/7/10. 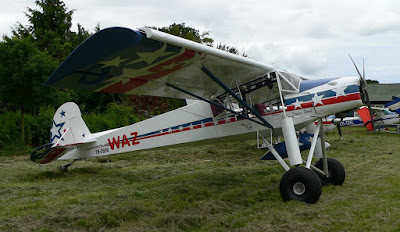 And here it is at Russel Brodie's Rangitata Island airstrip on 18/12/11, now with big tyres. 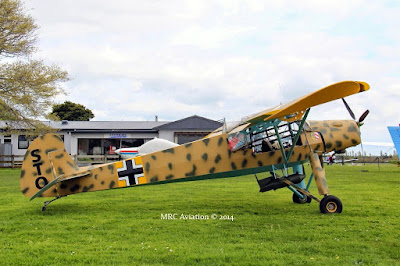 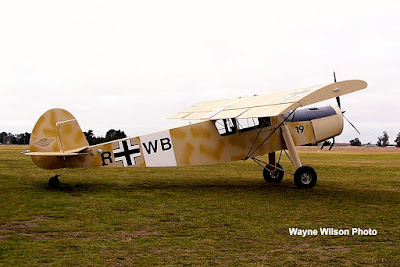 As we are on the subject of Storch replicas I will include our only example of the Roger Mann designed Ragwing RW19 Storch.  ZK-RWB (c/n RW19) was built by Wayne Wilson of Christchurch and was first registered on 2/7/04 and first flew with a Subaru motor with a belt reduction unit.  The dimensions and MAUW are the same as the Slepcev Storch but the quoted stalling speed is 15 mph! 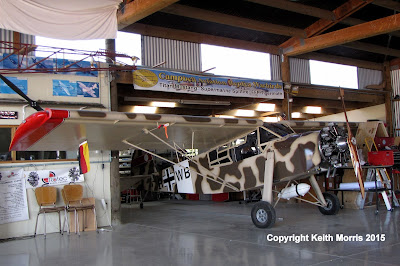 ZK-RWB was sold to Ivan Campbell of Loburn Abbey, near Rangiora, on 18/3/10.  Ivan has refurbished the aircraft and has installed a Rotec R 2800 7 cylinder radial engine of 110 HP.  Campbell Aero Classics are the local agents for Rotec radial engines.  It hasn't flown with the Rotec yet but it will be a very interesting aircraft to see when it gets going.  It is photo'd above at Loburn Abbey on 8/2/15.