Up until November of 1957 there had been eighty three Piper PA-18's registered in NZ.
On November the 21st a batch of eleven new Piper Cubs were registered to Airwork (NZ) Ltd at Christchurch..
One of this batch was ZK-BPE (c/n 18-6191) which gained its NZ CofA on 04-02-1958 and then was registered to Aircraft Engineering (NZ) Ltd of Palmerston North on the 19th.
Follows is a list of owner/operators as I understand it.
(Any corrections or additions would be welcome).
Also on February of 1958 I have Airlift (NZ) Ltd noted followed by Aerial Farming of NZ Ltd Ltd of Palmerston North from June of 1960. 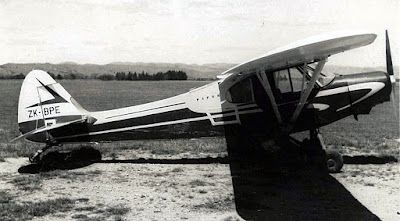 Above is an early shot of ZK-BPE at Hood Aerodrome Masterton fitted with hopper and comes from the Allan Wooller collection.

It then moved down to Farmers Aerial Top Dressing Co Ltd at Invercargill from 09-08-1960 but it was damaged on take off from Invercargill on 22-08-1961.
It was rebuilt using a new fuselage and left wing and used the right wing from another Cub.
It flew again in April of 1962
On 20-02-1964 Farmers ATD transferred ZK-BPE back to Airwork (NZ) Ltd of Christchurch. This was at the same time that Farmers ATD took over the Pawnee ZK-BZN, the Yeoman YA-1 Cropmaster 250 ZK-CDI and the Cub ZK-BKS. 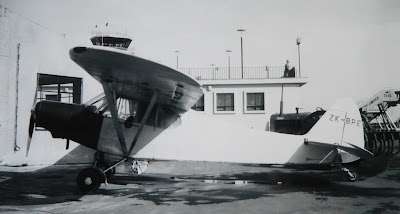 Pic above shows ZK-BPE at Harewood 19-08-1964.
Some time in 1966 it returned briefly South to Farmers Aerial Top Dressing Co Ltd at Invercargill but by November 30th of that year it was listed with David Phillpotts at Rangiora. 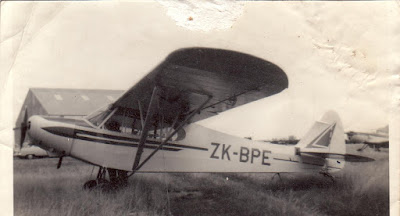 BPE at Rangiora about early 1967 minus hopper. Dave Phillpotts collection.
Dave rebuilt it at Rangiora and then worked it for a time from the Cascade River in South Westland on white baiting work. It was flown up to Rangiora for its 50 and 100 hour checks. It was then sold with Dave taking Cub ZK-BNX as a trade.
On 04-12-1967 BPE went down to Taieri to the BPE Syndicate, one of whom was Mike Kelly. 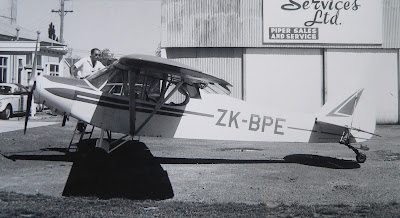 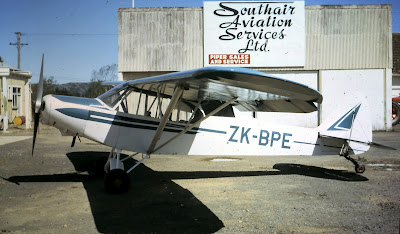 Then we see it below at Queenstown on an unknown date.
On 14-07-1969 it flipped on landing at Waikaka. 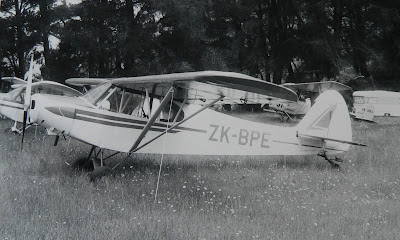 Towards the end of May 1970 a D J Billinghurst of Whakatane appears on my list followed by Mike Bennett of Haast from 20-12-1971 with whom it was used on deer recovery ops. 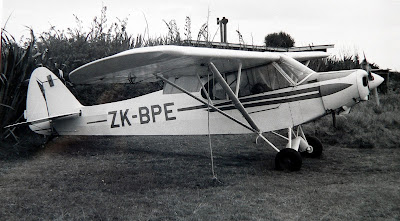 Above and Below. Two shots taken at Mussell Point, south of Haast, 05-04-1972.
Note the change of paint colour and graphics aft of the fuselage registration marks - but the rudder appears to be untouched. 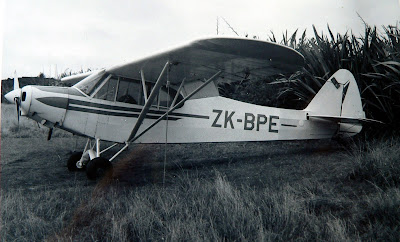 Mike wrote a book called Venison Hunters in 1979 (ISBN0589015087) which was followed by a couple of videos. (I see a copy of this book listed at Smiths Bookshop for $120).
Dave Phillpotts Ltd then acquired the aircraft, I believe via Dennis Thompson International, with an ownership transfer date of 09-07-1974. 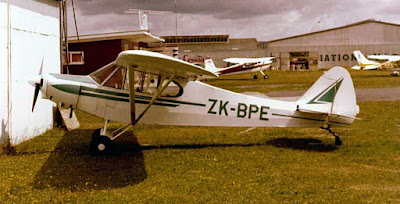 At Ardmore in the 70's from the Allan Wooller collection. 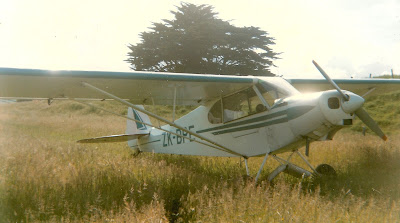 BPE on the Hunua strip in December of 1984. Andrew Phillpotts photo.
On 28-07-1989 it transferred to the private ownership of Dave Phillpotts of Papakura. 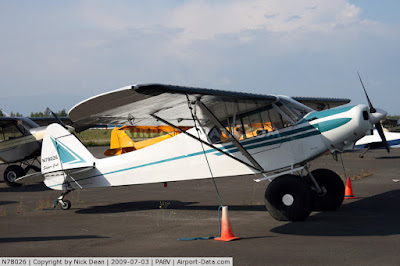 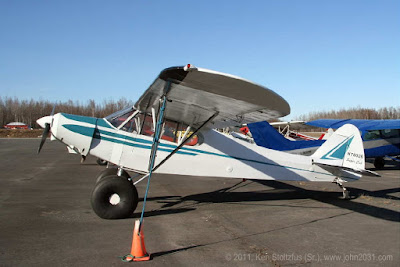 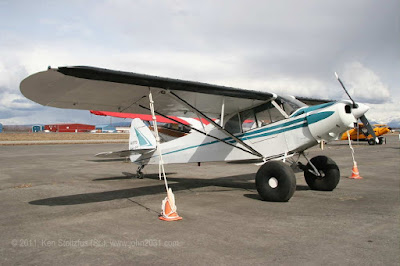