The Grob Twin Astir is a tandem two seater based on the single seat Astir CS (Club Standard) but with an extended fuselage for the second cockpit and a wing stretched out to 17.5m. The earlier ones had a tail skid with the main wheel under the rear cockpit with the wheel retracting sideways under the rear seat. This made the rear seat not the world's most comfortable. The wings had a 3 and a bit degrees of forward sweep to manage the CofG.

The later Twin Astir's (Trolleys) were completely different gliders having a different fuselage with a fixed mainwheel further aft with a nose, a tail wheel and also wingtip wheels - and a much more comfortable rear seat.

These earlier retractables performed much better on cross country flights but were not as docile as the later models.

C/n 3009 was reputedly built as a light weight special for Justin Wills and after a twelve minute test flight at Grob Aircraft was listed on the British Gliding Associations register on 24-01-1978 as BGA2308 and "DQZ" to Soaring Oxford Ltd at Oxon,

Ownership changed to Justin Wills on 27-09-1979 who used the competition number 362 and I recall these numbers on the under wing for some time in NZ.

Justin imported the glider into NZ with its first flight here in November 1979 and it had accumulated a total of 328.28 hours from 421 launches at the time it was transferred to its NZGA logbook on 20-12-1983

It was transferred to the Canterbury Gliding Club at Wigram from 08-07-1983 as ZK-GJW where it joined the Clubs other Twin Astir ZK-GME.

With 4500 airframe hours and a change in direction for the Central Otago Club ZK-GJW has been sold offshore and was cancelled from the New Zealand register on 21-11-2022.

It is bound for some very lucky Australian aviator. 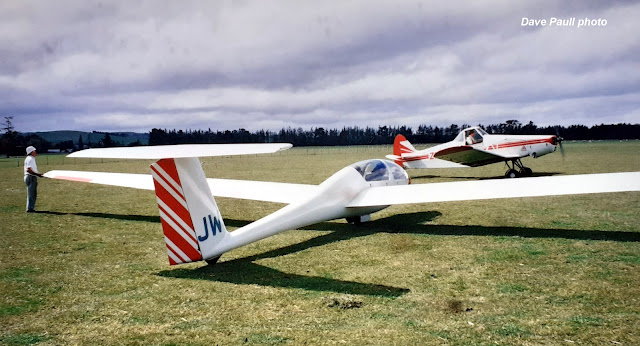 ZK-GJW about to get airborne behind Pawnee ZK-CNG at Hororata November 1990.
That is Ian Finlayson at the wing tip. 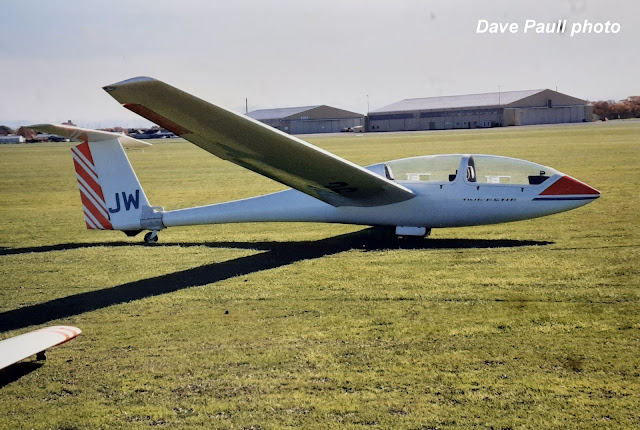 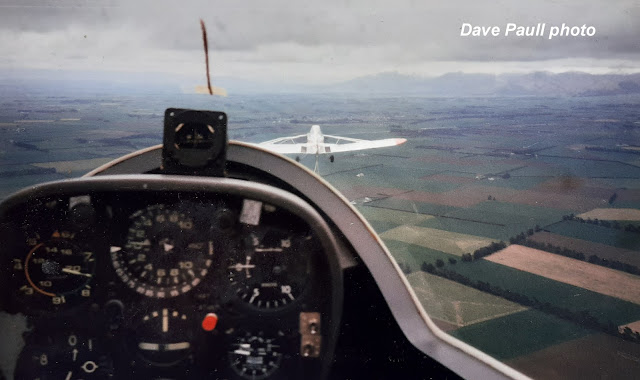 And on the short rope during a dual tow across the Canterbury Plains. 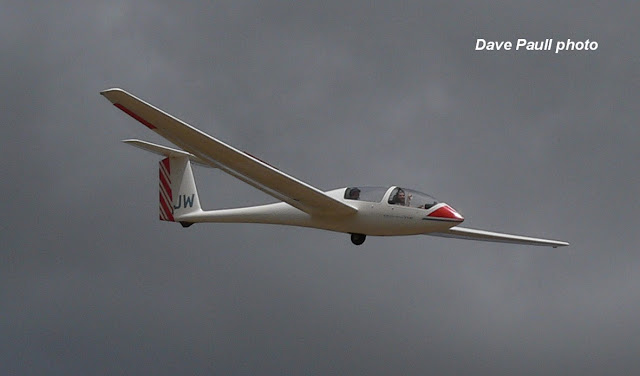 At Alexandra on 13-12-2009 taking up the slack. Note the rope attached to the bottom of the fuselage forward of the wheel. 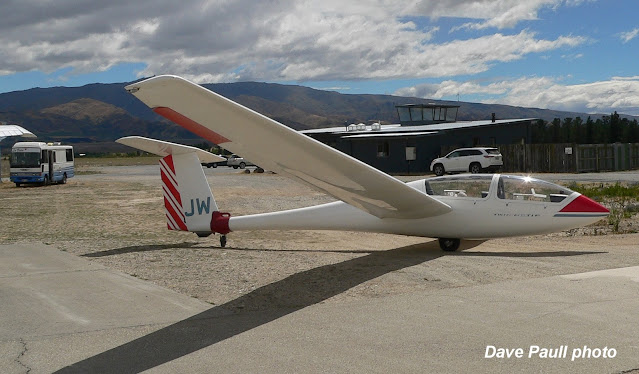 Daily inspection complete and about to be towed out to the active vector 12-02-2017. 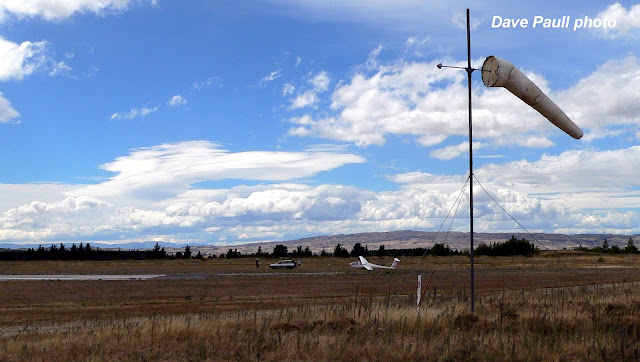 Halycon days at Alexandra.
Posted by Dave Paull at 08:43