What are the chances of going out to Kaipara Flats airfield at 4 30 yesterday afternoon (on another matter) and finding a newly arrived Tiger Moth that I have never seen before?  But that is just what happened! 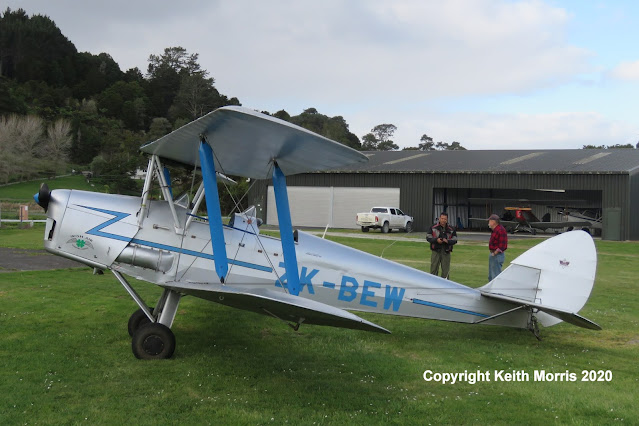 ZK-BEW (c/n 84471) was first registered here way back in April 1954 and previous to that it was T7302 in the RAF and then G-ANGJ with Muir and Adie Ltd at Croydon.  It was registered in New Zealand to the Hawkes Bay and East Coast Aero Club and its C of A was issued on 7/5/54.  It was damaged in 1959 and was repaired using parts from ZK-BFJ, and then it crashed at Pukehou on 27/4/63 and was damaged in the resultant fire.  It was rebuilt over a long period at Temple Martins in Hastings being re-registered on 21/1/00 to the Irish Air Transport Company at Hastings (Gary Martin, Jan White, Neil Lawrence and Rangi Soloman). It was damaged at Hastings on 20/7/00 and was presumably rebuilt again, and was registered to the Irish Air Transport Company at Kerikeri on 13/10/11.
It was flown down from Kerikeri yesterday by Gary Yardley and today 1/10/20 he is flying it down to Masterton with stops at Matamata, Centennial Park in Taupo and Hastings.  It is a lovely day for it.  It is going to be on line at Masterton with the Sport and Vintage Aviation Society.  In the above photo Gary is chatting to Jim Schmidt and you can see Jim's own Tiger in his hangar in the background. 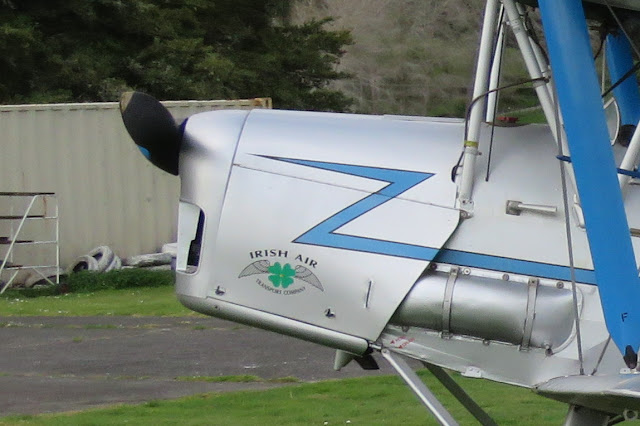 It is registered to the Irish Air Transport Company of Te Kauwhata and their logo is on the cowling. 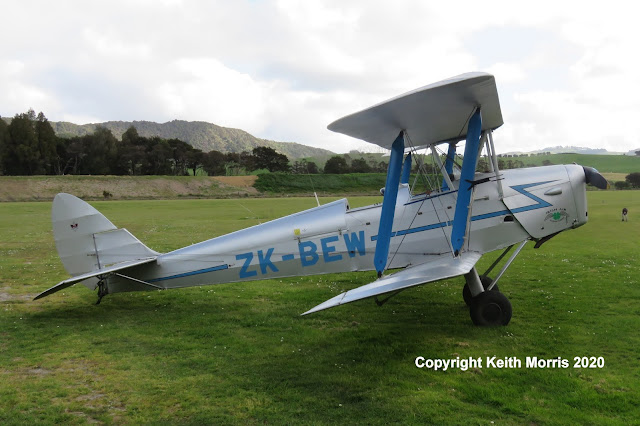 I understand that it has been closed away in a hangar at Kerikeri for a long time, and that it only has around 60 hours on the clock since a major rebuild at Hastings quite a few years ago. 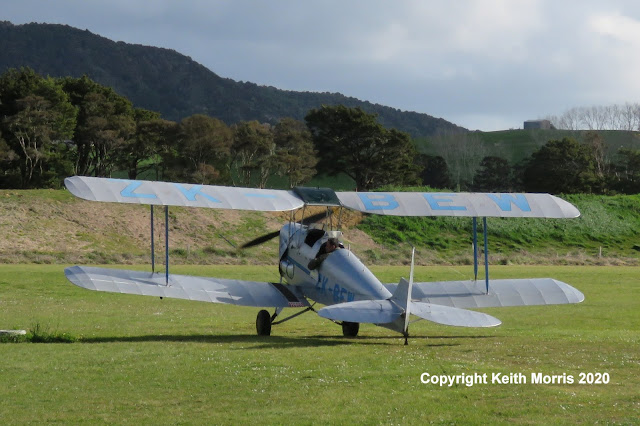 Although the weather would have been OK for picketing out, such a special machine needed to be hangared so Gary taxied ZK-BEW around to Bruce Lynch's big new hangar. 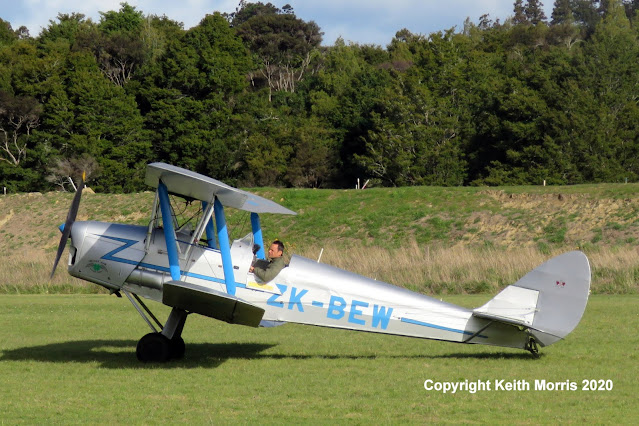 What a lovely sight! 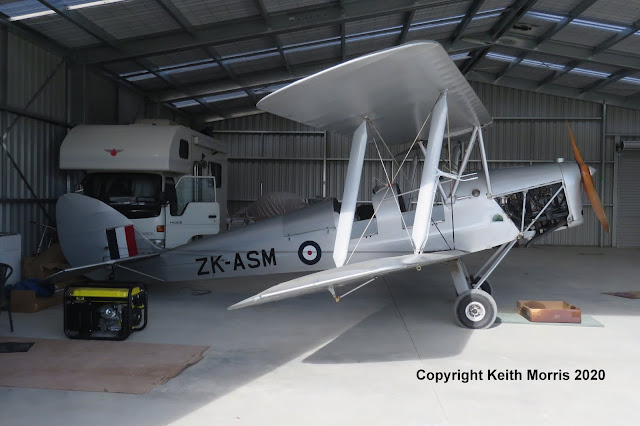 where it joined Bruce's own Tiger ZK-ASM that is hangared there. 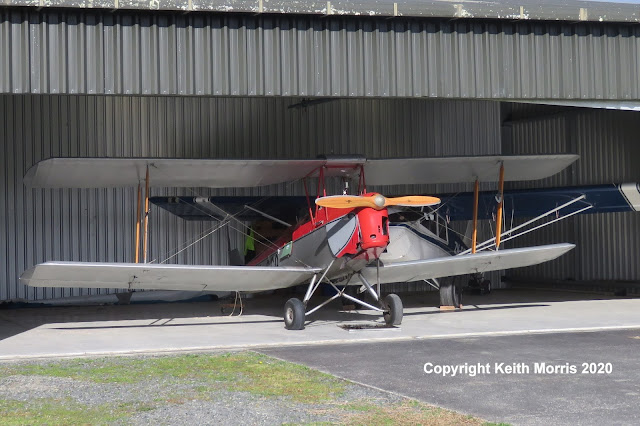 And to complete the trio of Tigers, Jim Schmidt's Tiger ZK-CCQ was resting in his hangar in the late afternoon sun.