I only paid a quick trip to Ardmore yesterday, but there were a few aircraft of interest: 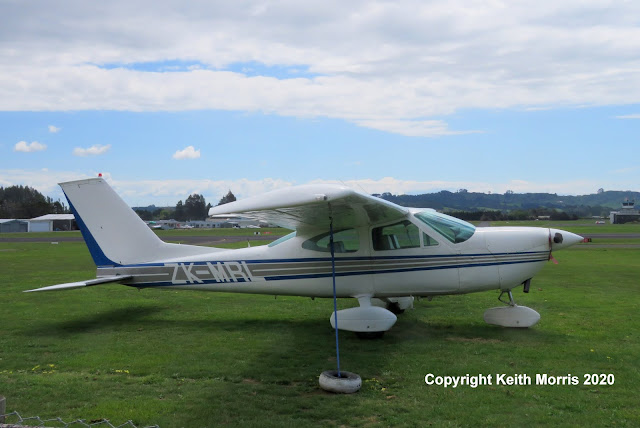 Cessna 177B Cardinal ZK-MRL has had a new Auckland owner since 14/2/20.  It has been registered as such since July 2000 but prior to that was ZK-DFZ from November 1972.  In all that time it has not appeared on the blog. 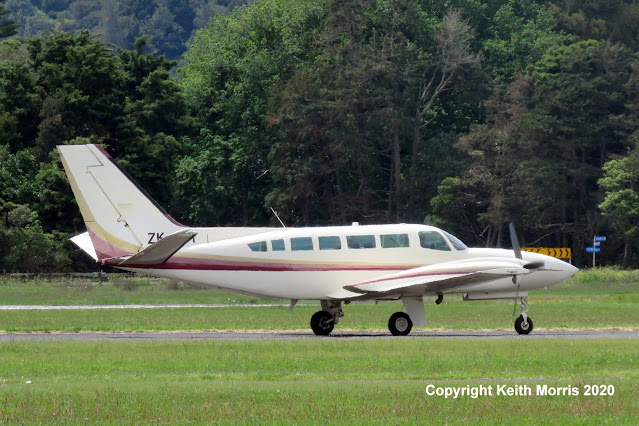 Total Entertainments Consultants Ltd's Cessna 404 Titan ZK-SVI was out doing some engine runs.  Unfortunately its position obscured the registration so here below is a view of it at Wellington recently showing the rego. 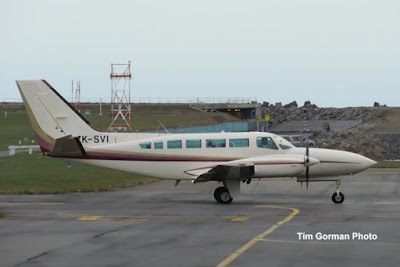 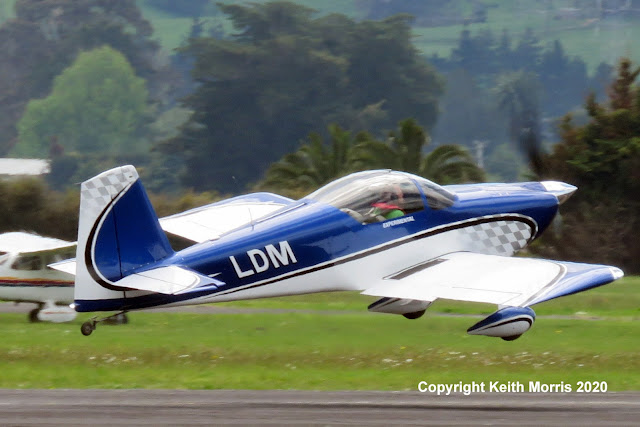 And Lloyd Morris's new Vans RV 7 ZK-LDM took off, building up its hours I guess.
And at Avspecs Spitfire LF XVI ZK-NLJ has returned from the paint shop and was being re-assembled.  No photos but watch this space!