Several of Mainland Air's aircraft haven't featured on this blog before, so I decided to put them into a post today. 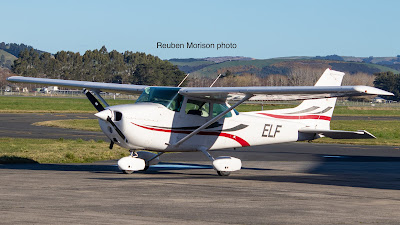 Cessna 172N (c/n 17270851) is on lease to Mainland Air for several months at least, and has a new interior. However the stripes on the paint look like they should have been repainted 10 years ago with the amount of cracking in the paint. 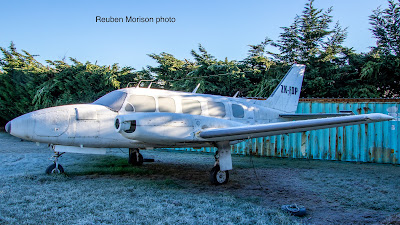 ZK-FOP is an ex Barrier Air Piper Chieftain (c/n 31-7405227) being stripped for parts to keep ZK-VIP and ZK-KVW running, and is stored at Taieri airfield 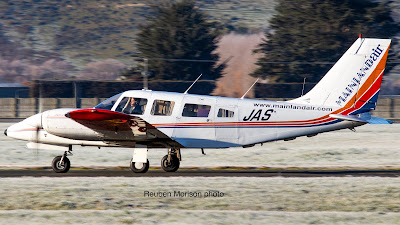 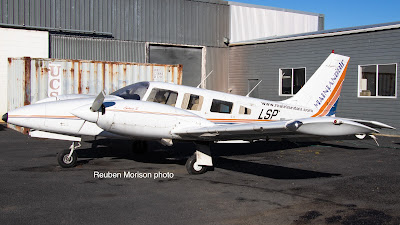 ZK-LSP (c/n 34-48022)has been stored at Taieri airfield for a while, and will return to service with Mainland air within 12 months. ZK-NPE, a Cessna 152 (c/n 15284064) has been stored in Southair's hangar (Taieri airfield) for so long that nobody can remember if it initially had a crash or just heavy maintenance with complications. It is being rebuilt into Mainland Air's tail dragger aircraft after ZK-ETD decided to land sideways (spoiler alert - it didn't go well). 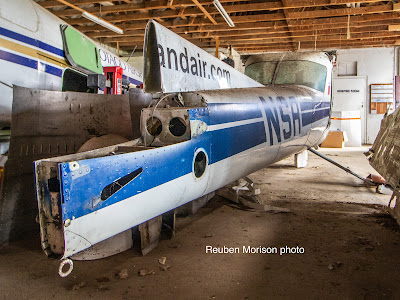 I suspect ZK-NSA (c/n A1520844) is in this state for similar reasons to NPE, and is in a privately owned hangar at Taieri airfield with an active Bell 206, a Cresco fuselage (on the left) and various other aircraft parts. 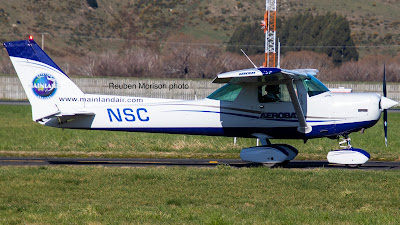 ZK-NSC (c/n A1520965) is apparently Mainland's nicest 152 to fly, and the only one now with a different livery. It's also the only one with gear pods. 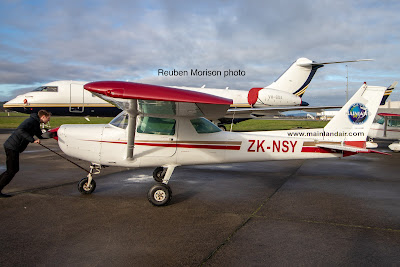