Further on up the road is Stratford which was my overnight stop - thanks Nick.  Stratford is a hot-spot of sport aircraft activity and in the mid afternoon quite a few aviators and aircraft were hanging around in the sun. 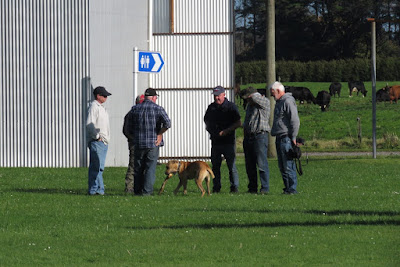 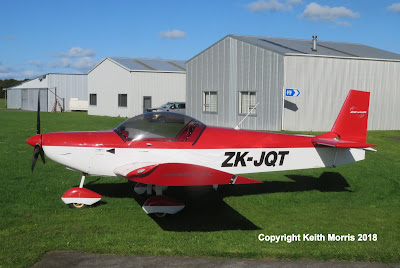 Just arrived from its previous base on the Western side of Lake Taupo was Shaun Richmond's Zenair CH 601XL ZK-JQT, which is the latest aircraft to be based at Stratford. 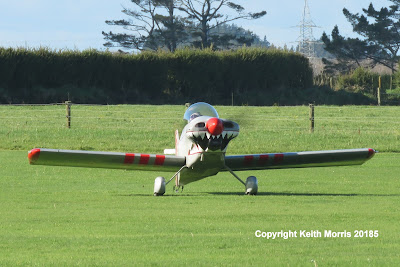 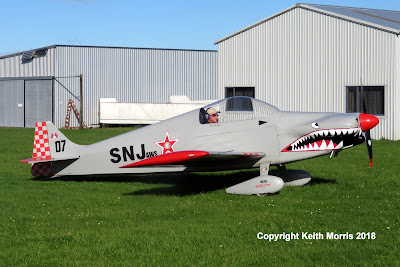 It now has Boyd Racing on the spats. 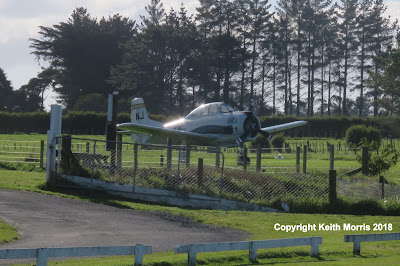 Then Brett Emeny arrived overhead in the Trojan on his way back from Hawera, and approached for a landing. Taxying in showing the quite marked dihedral. 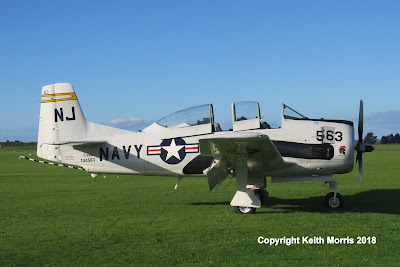 It's a big beast. 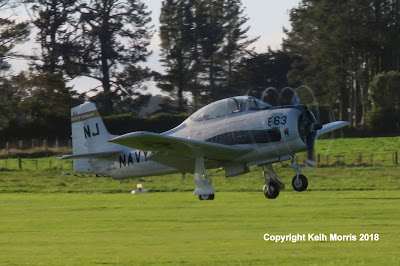 After everyone had a cup of coffee - thanks Alan, and a local flight with Wayne Richmond, Brett and passenger were off to New Plymouth in the late afternoon sun. 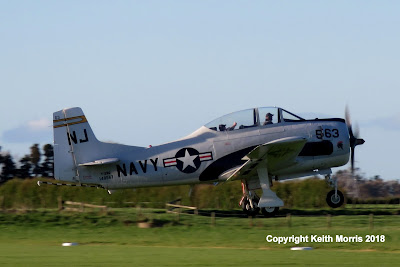 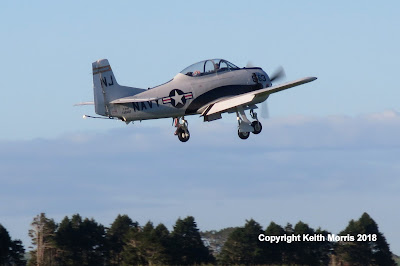 Then it was load my VW engine into the back of the relocation rental car for transport back to Auckland on Monday - thanks Wayne. 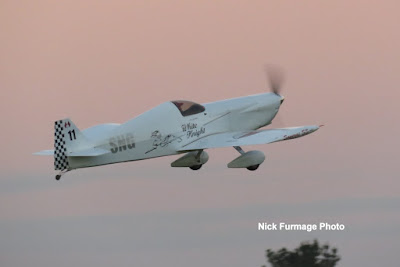 And at the end the day, Gary Marsh blasted off for his nearby home airstrip in his Sonerai 1UL ZK-SNG.  I had a great day!