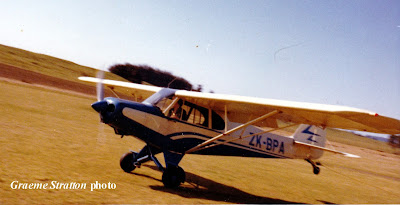 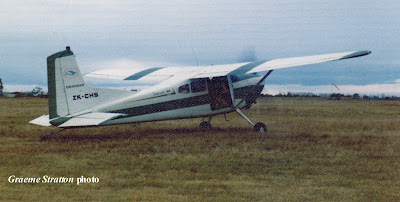 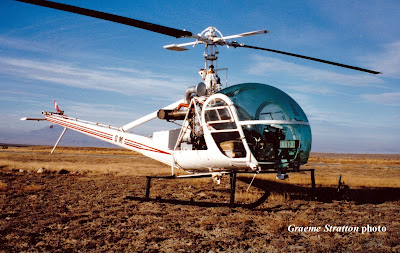 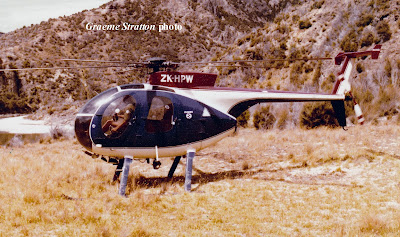 And near the Rangitikei River in the early 1980 the Hughes 369D ZK-HPW (c/n 870205D) of South West Helicopters Ltd with Pete Masters in command.
It was cancelled in October in 1982 following roll over damage. I believe this is the airframe at the Ferrymead Museum.
Posted by Dave Paull at 05:41