The Glasair Sportsman was developed from the Glastar and it first flew in 2003.  It is bigger as a 2+2 seater, is easier to build, and structurally stronger to allow an increased MAUW of 2.350 pounds (1,065 Kg) (compared to the Glastar's 1,960 pounds/889 Kg).  The cabin and baggage areas are bigger, the standard tyres are bigger at 600 X 6 and a new flap system is employed.  The Sportsman also has a new cowling and the rear fuselage is chunkier as well as being one foot longer.  Standard power is also increased to between 180 and 210 HP with the most common engine being the 180 HP Lycoming O-360.

We have had three Sporstman models registered in New Zealand to date: 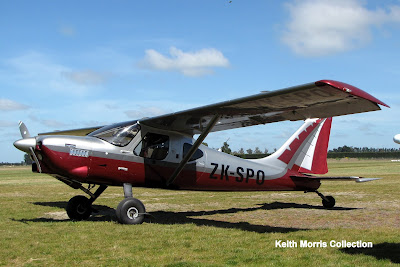 ZK-SPO (c/n 7071), a 2+2 taildragger model, was built by Graeme Donald of Feilding and was registered to Graeme B and Marie P Donald of Feilding on 6/9/06.  It originally had a Sub4 Subaru engine conversion with a 4 bladed Aerotek prop but it has subsequently been re-powered with a Lycoming O-360 and a 2 bladed prop as in these photos taken at Rangiora on 10/10/14. 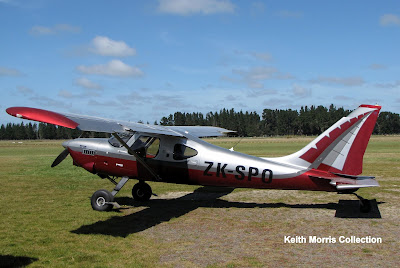 Ownership transferred to the Donald's company Airventure NZ Ltd on 20/4/11. 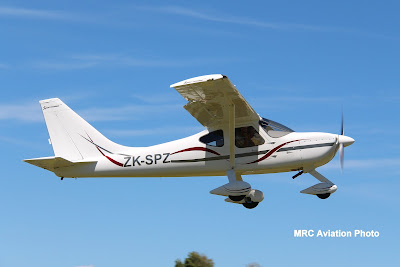 ZK-SPZ (c/n 7422), a 2+2 tri-gear model, was built by Tim Harrison (of Sport Aircraft NZ Ltd, the New Zealand agents for Glasair), at the Glasair factory in Arlington, Washington under their "Two Weeks to Taxi" programme.  It was registered to Timothy J Harrison of Wellsford on 30/4/15 and it first flew on 1/8/15.  The above photo was taken at the 2015 Black Sands flyin at Raglan. 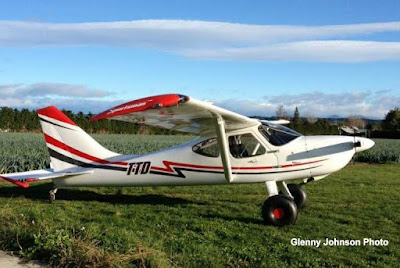 ZK-TTD2 (c/n 7379) is a Sportsman Carbon Fibre model that was built by Glenny Johnson with help from Lester Harris and LAME inspection by Barry Foster.  It was registered to Johnson Aviation Importers of Brightwater on 3/3/15.  The Sportsman Carbon Fibre has a carbon fibre fuselage shell which is lighter and stronger than the standard fibreglass fuselage, and it also has an increased MAUW of 1,134 Kg.  This is the second ZK-TTD with the first being Arthur Wells' Lancair 360 from Ashburton.  In a nice touch the engine, prop and instruments from the first ZK-TTD were incorporated into the new Sportsman ZK-TTD2.  Thanks very much to Glenny Johnson for the photo.


And now I am off to the Pacific too (with very poor timing Mosquito-wise!)