Continuing the Antarctic Globemaster air drop series of photographs from the Bob Henderson collection.
Pretty good photos when considering we are talking 1958 - low ASA rated films; no flashlights and rather cool conditions and the passage of fifty eight years of storage. 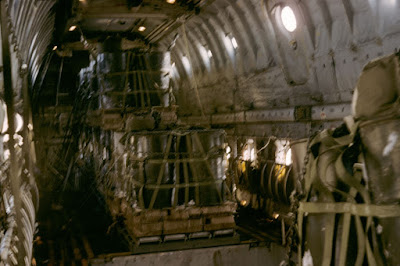 The cargo appears to be 50 US gallon drums of DFA (Diesel Fuel Artic - but since renamed) on their collapsible base pallets.
In the upper pic the pallets are still tied down - whilst below they are being readied for dropping.
In the foreground of the upper photo is the hatchway in the floor of the Globemaster through which the loads were dropped. 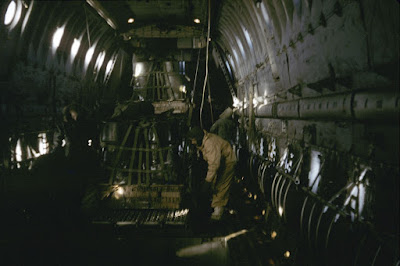 The next two pics show the loads on their way through the floor hatch. 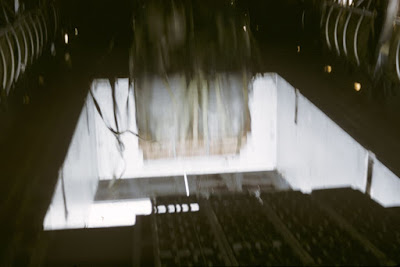 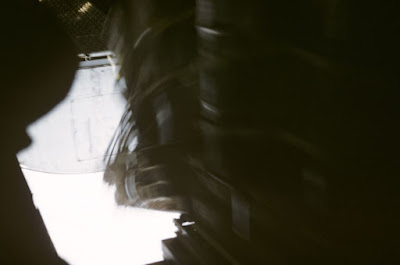 An external view of a D4 Cat being dropped can be viewed at :-  http://www.southpolestation.com/trivia/igy1/drop21.html
And below is a shot of how an airdrop from a Globemaster looks from below.
The lower fuselage doors can open out a full 180 degrees.
Photo source unknown. 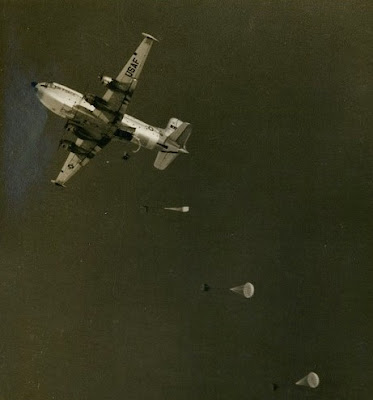 Below is another of Bob's shots. Taken looking rearwards and beneath the horizontal tailplane and showing an interesting circular formation in the ice surface of the Polar Plateau. 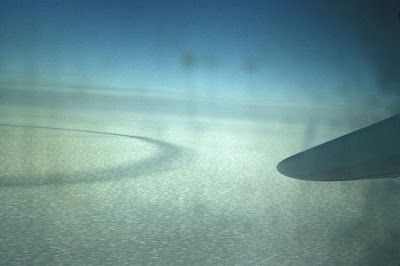 Below is an extract from a recent Antarctic New Zealand article.

At Scott Base the primary fuel used for running the power generation plant and heavy vehicles is called AN8. Any engine that would normally run on diesel in New Zealand can use this fuel. AN8 has a ‘Cloud Point’, (where the fuel becomes murky and any present wax congeals causing blocked filters) of –50 oC. This same fuel is used in the aircraft that fly to and from Antarctica, and aircraft such as the helicopters and Twin Otters that fly in and around Antarctica.
Posted by Blue Bus at 15:29