The Vintage Aviator has changed the format of their shows this summer by attending large airshows such as Wings Over Wairarapa, Avalon and Classic Fighters, and in addition they have scheduled monthly open days at Hood Aerodrome, which are low key events that are also training days for their pilots.

When the April monthly open day was scheduled for Anzac Day, I reckoned that it would be worth attending and it surely was.  The weather was brilliant and they also showed showed most of the new aircraft that they have registered, some of which I post below: 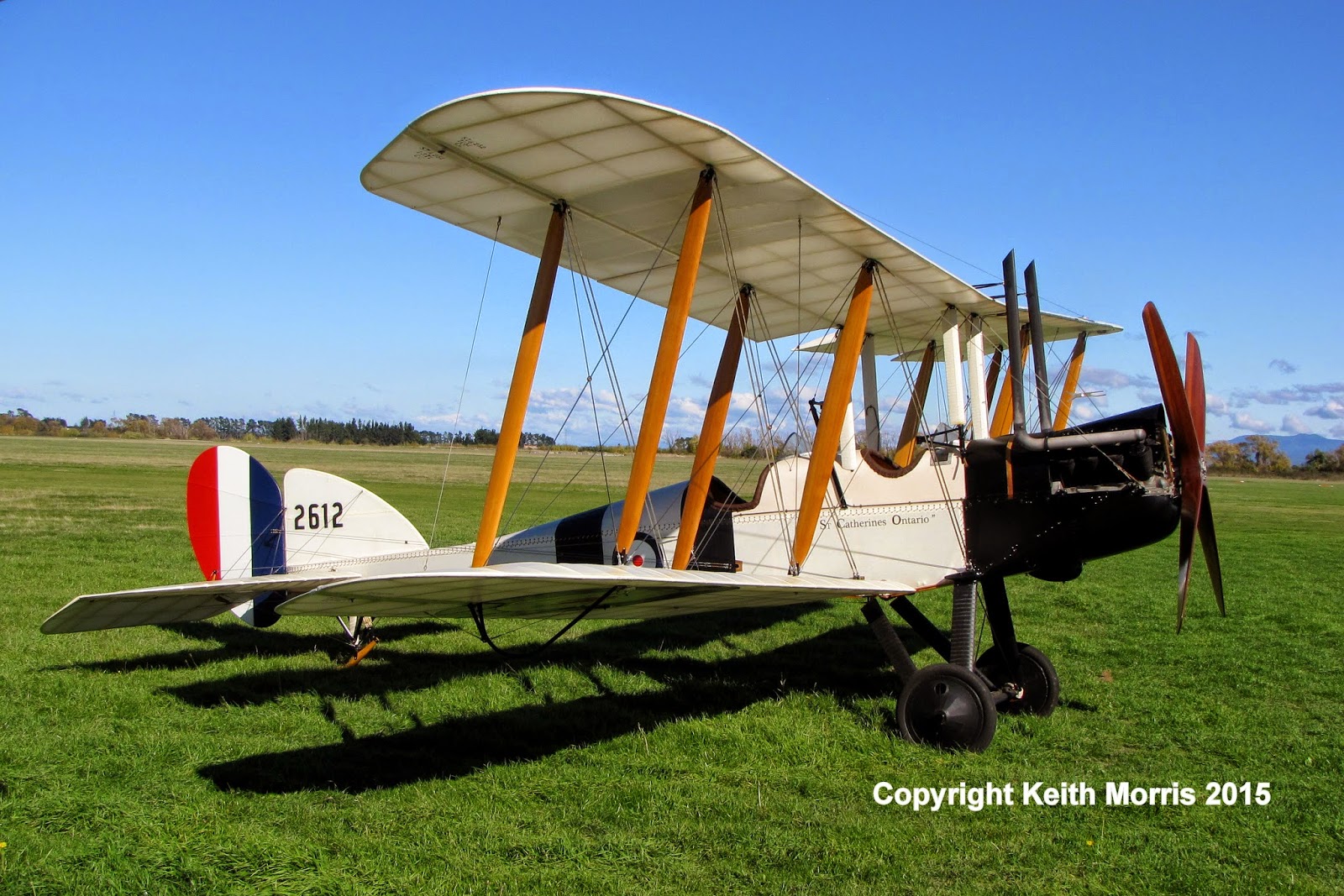 TVAL new build Royal Aircraft Factory BE 2c-1L ZK-CBE2  has now flown.  It is painted in the colours of 16 Squadron and wears the serial number 2612.  It is powered by a TVAL built RAF 1a V8 engine It is marked as a presentation aircraft from St Catherines Ontario and bears this inscription on the fuselage.  The original 2612 was written off in June 1916.  A stunning looking aircraft! 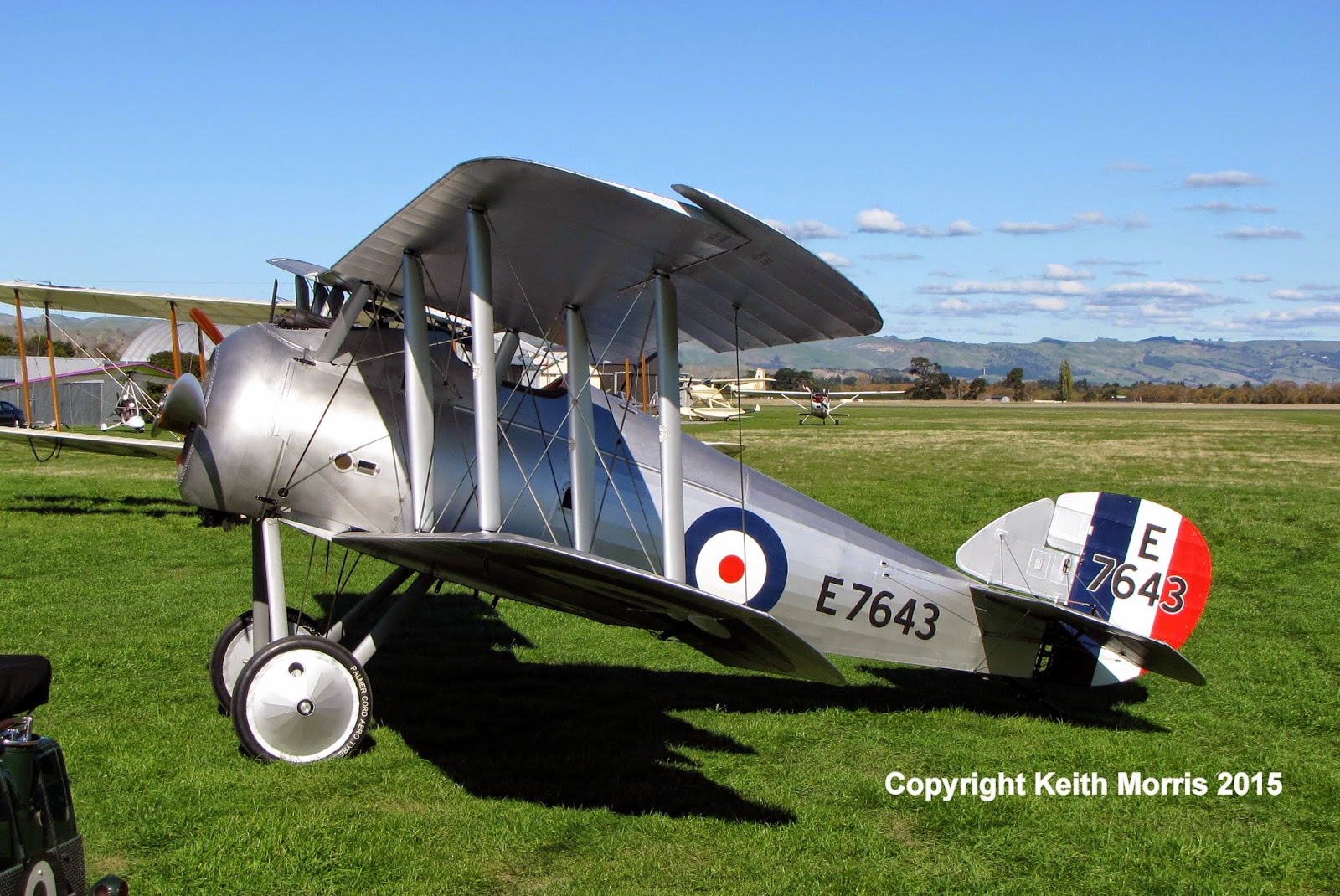 Another stunner was TVAL new build Sopwith Snipe 7F-1 ZK-SBY which has been around since early 2013 but this was the first time I had seen it.  It is powered by a 230 HP Bently BR2 rotary engine and is presented as a late model Snipe marked up as E7643 from around 1919. 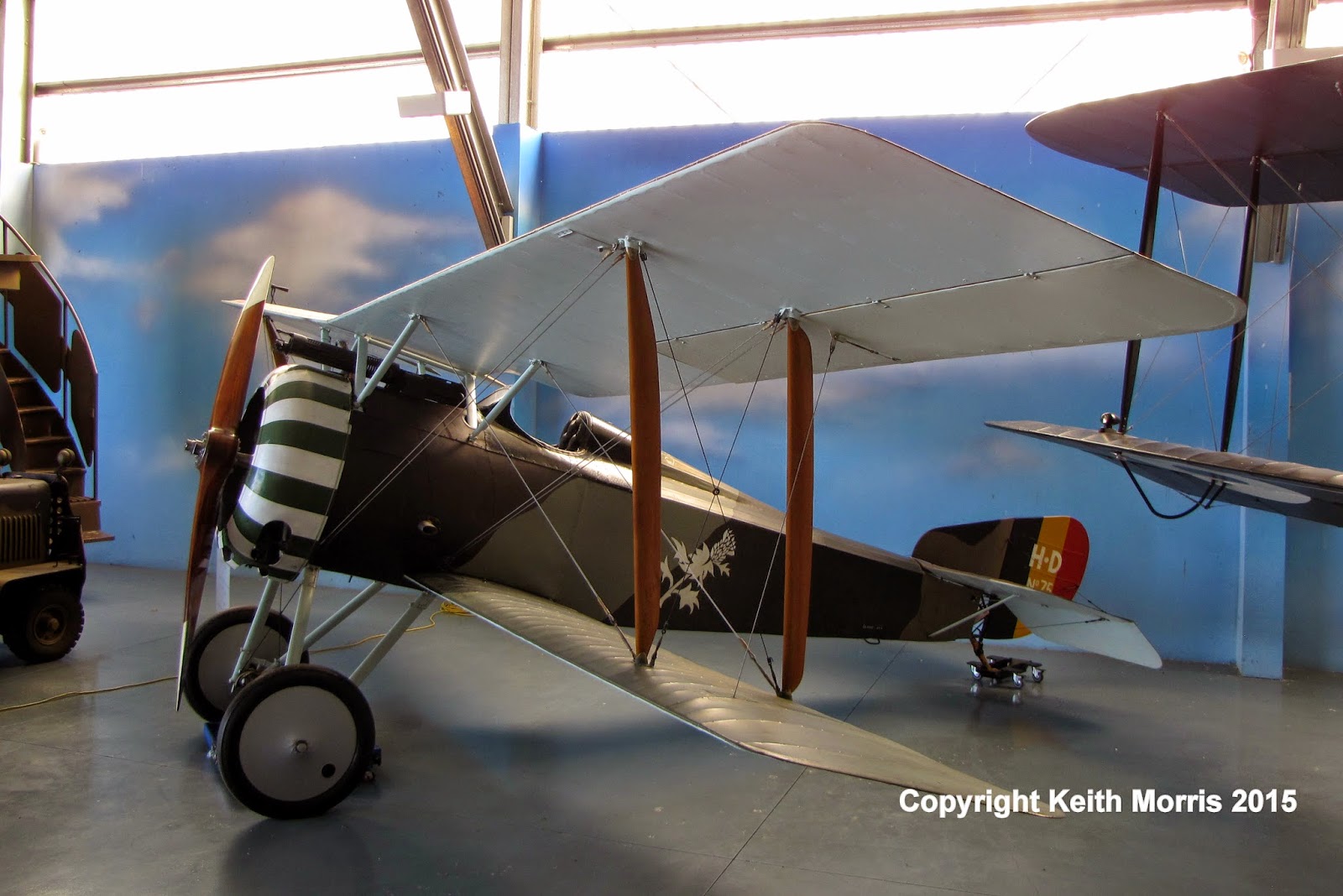 Hanriot HD 1 ZK-EAY2  was acquired from the RAF Museum in 2012 as a swap aircraft (along with a Farman F 40).  It is powered by a 120 HP Le Rhone rotary engine.  It has flown in New Zealand (in February 2014).  It is marked in the colours of 1e Escadrille de Chaase, Belgian Flying Corps markings, based at Les Moores near La Panne in Belgium in September 1918. 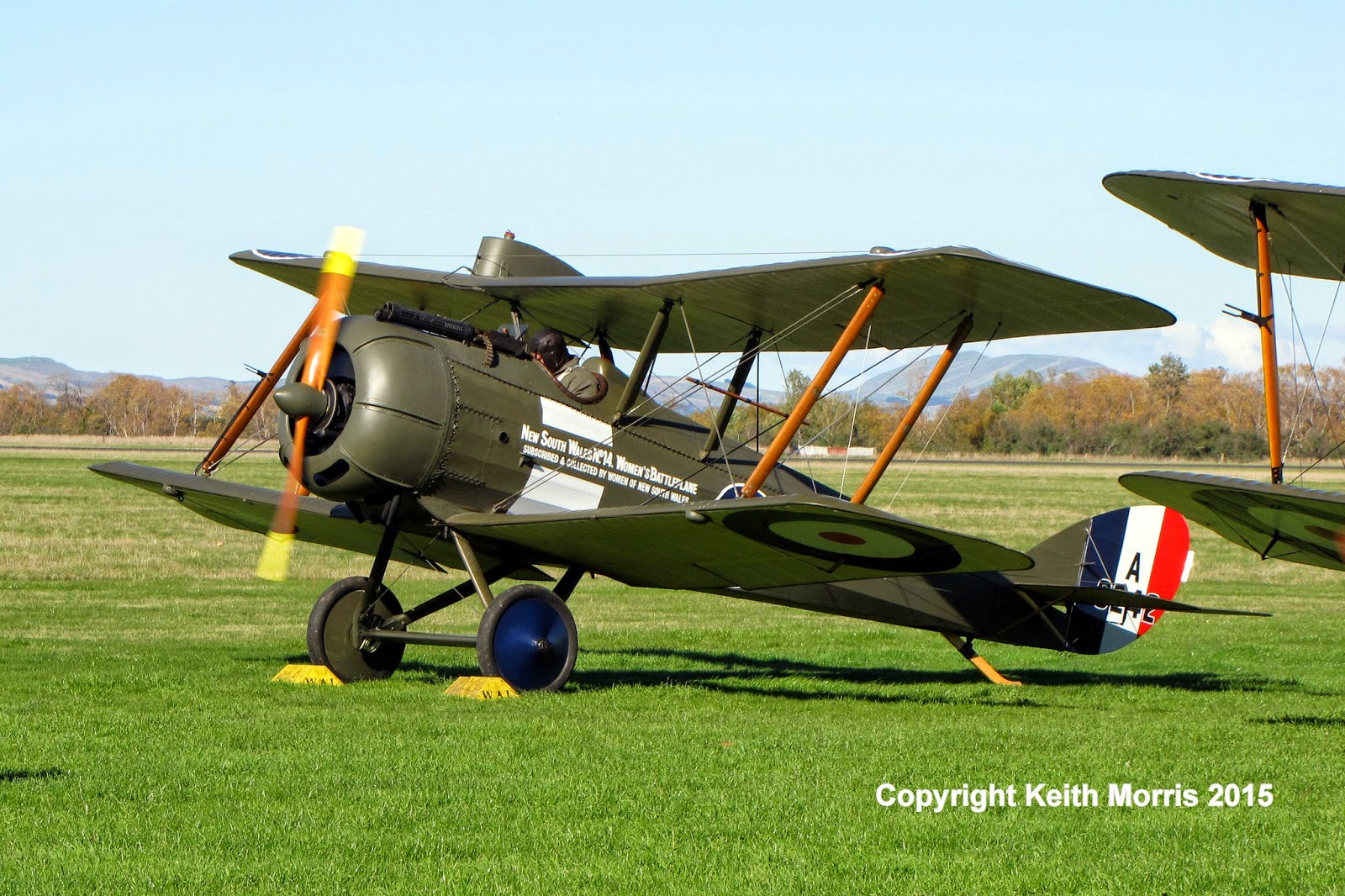 De Havilland DH 5 replica ZK-JOQ2 was built in the US and is powered by an O-320 Lycoming engine.  It is serialled as A9507 which was a presentation aircraft funded by subscription and collection by women of New South Wales, and is marked as the New South Wales No 14 Women's Battleplane and the original aircraft was with 2 Squadron, Australian Flying Corps. 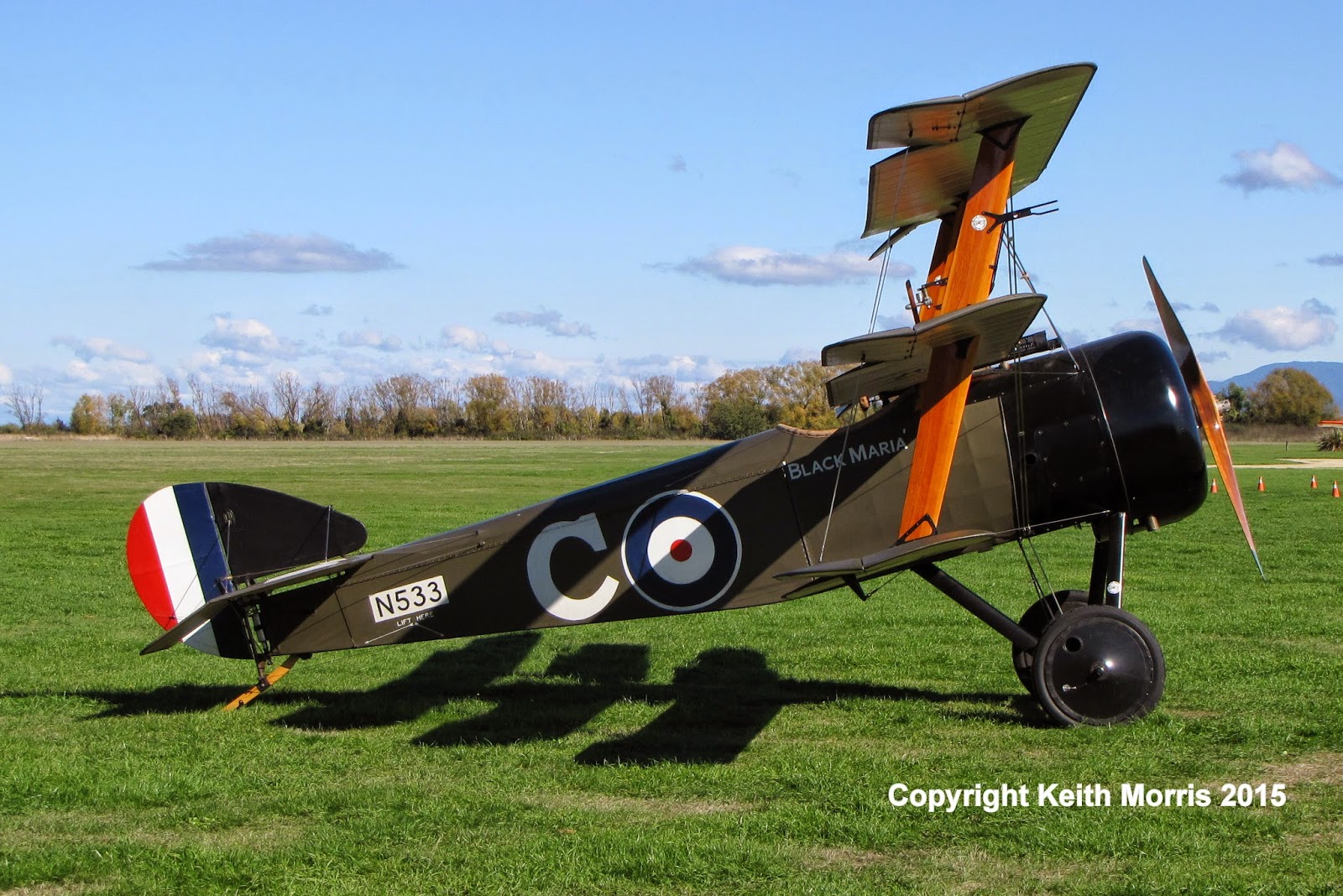 Sopwith Triplane replica ZK-SOP was built in the US and is powered by a Warner radial engine.  It is serialled as N533, the aircraft of Lt Raymond Collishaw of the RNAS, and is named Black Maria.. 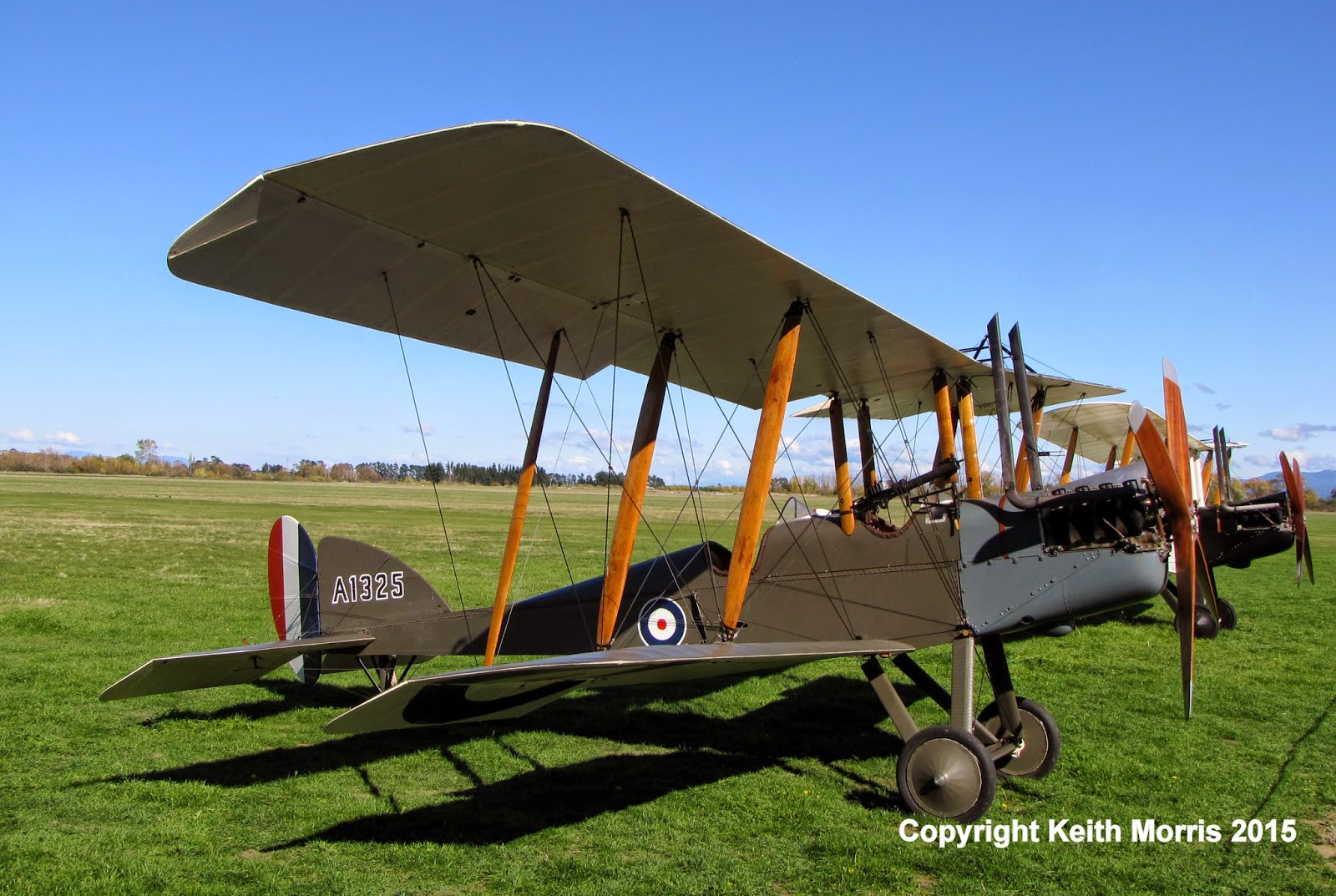 Royal Aircraft Factory BE 2f ZK-BFR has as its basis an original WW 1 aircraft and is marked in generic RFC colours with the serial A1325.  It is powered by a RAF 1a V8 engine. 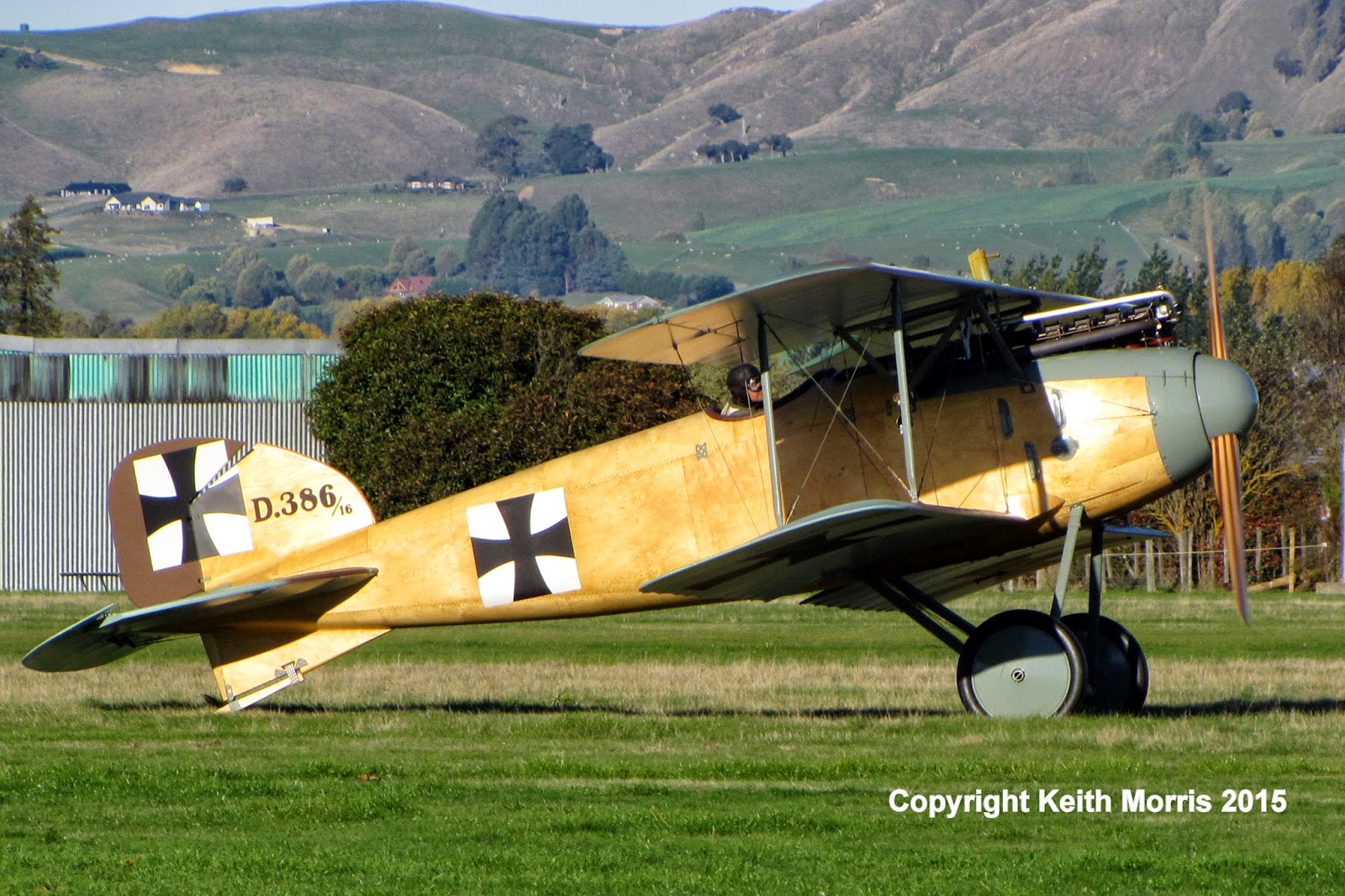 TVAL new build Albatros D II ZK-JNB3 is marked as D386/16 which was the aircraft of Hauptmann Oswald Boelcke of Jasta 2.  It is powered by a 180 HP Mercedes DIII 6 cylinder in line engine. 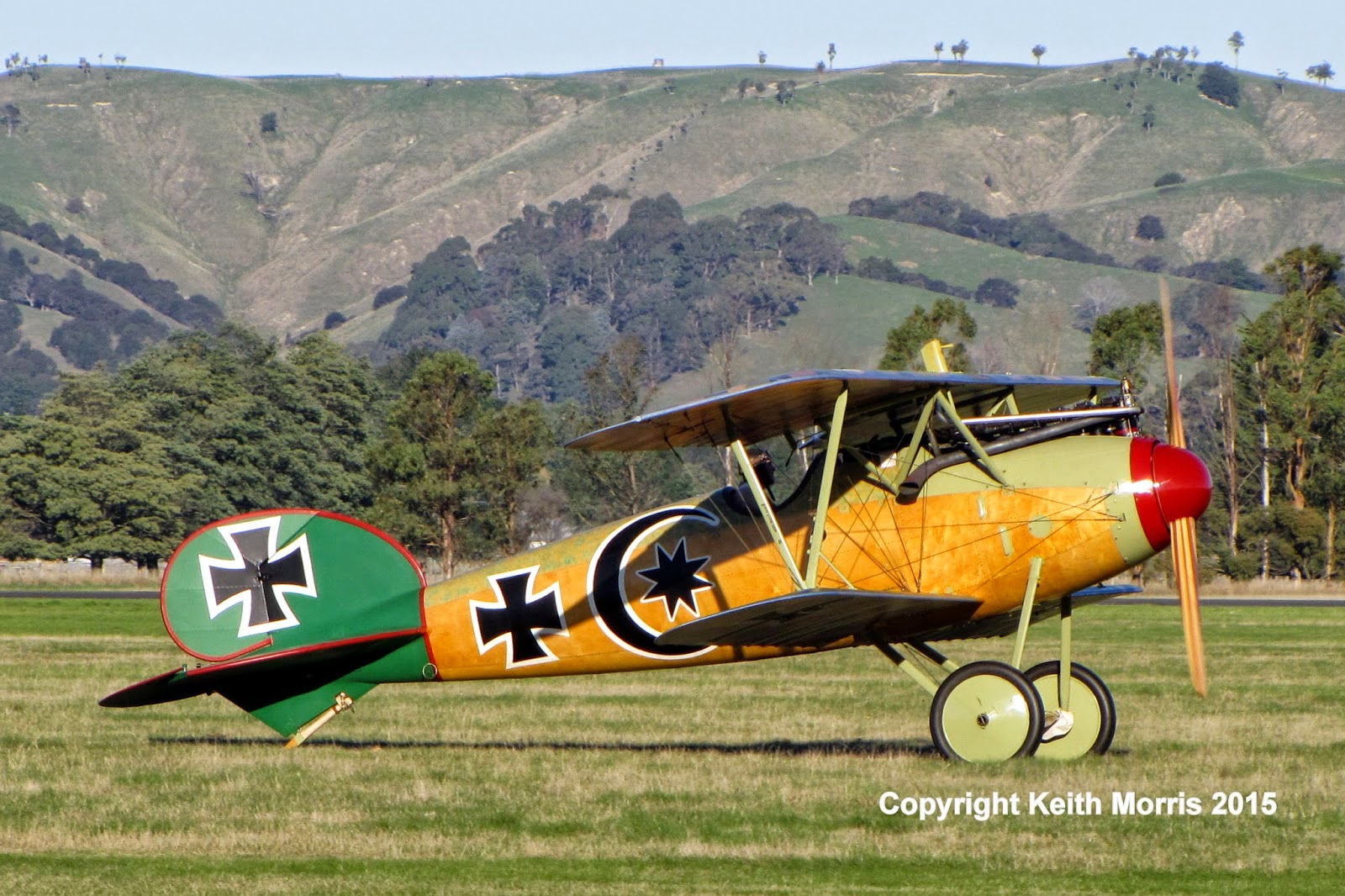 ZK-DVA was the first TVAL new build Albatros D Va which has been followed by four other D Va's and the D II.  It is marked as D5284/17 which was the aircraft of Major Josef Mai of Jasta 5 and is powered by a 180 HP Mrecedes DIIIau 6 cylinder in line engine.

Both of the Albatos's flew during the day, with wonderful deep growling engine notes.

And in the TVAL maintenance hangar were their original WW 1 Sopwith Camel ZK-SDL and their latest creation - the BE 12 ZK-ZEP.....