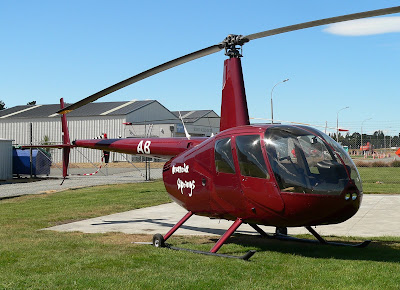 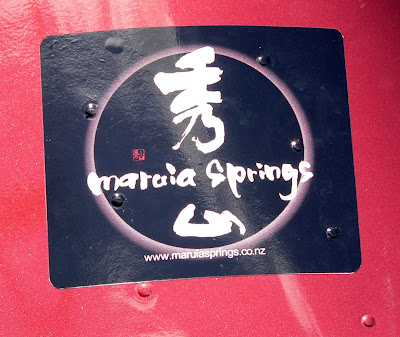 The above graphic appears near the top of its vertical fin and also somwhat larger on the rear of its fuselage pod. 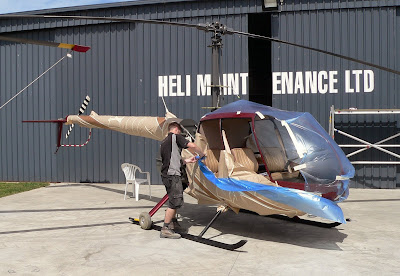 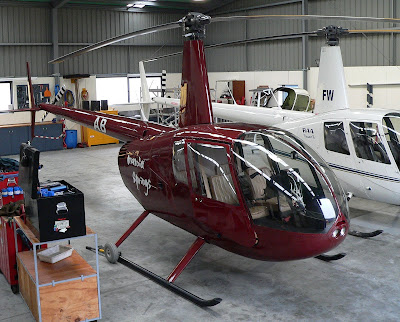 Yesterday - as seen in the Heli Maintenance hangar about to be dismantled for packing into a 20 foot container bound for Durban SA.
The first allocaton of the ZK-HAB letters went to a Hiller UH-12B which crashed in 1958.
The third allocation of the ZK-HAB letters are destined to be worn on a ???
(well thats for me to know and you to find out in about two months time).
Posted by Dave Paull at 22:24