Following on from the previous blog on MD's and that of Squirrel ZK-HSM, Wayne Grant has reminded me of another ex Los Angeles County Sheriff helicopter to have arrived in NZ still wearing the colours of its previous operator.  MD500N Notar ZK-HDW was registered to Oceania at Ardmore on 27 July 2004 and subseqently photographed at their base on 31 August the same year.  The following month the ownership moved to Central South Island Helicopters of Oamaru with whom it is still registered. 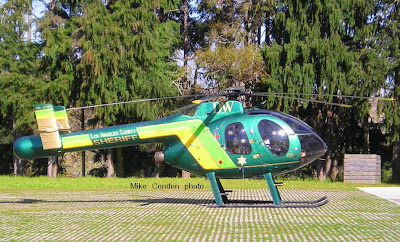