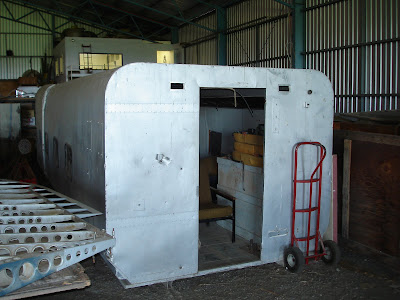 Two view of the "Porta Cabin" used by SAFE AIR as passenger accommodation in their two Bristol 170 Freighters used on the Chatham Island service. these two Bristols (ZK-CLT and ZK-CRK) were the only two of the fleet to retain all of their fuselage side windows - to match up with the windows on the "Cabin".
this unit is held at Gisborne by the Gisborne Aircraft Preservation Society. Photos again from ZKDDG. 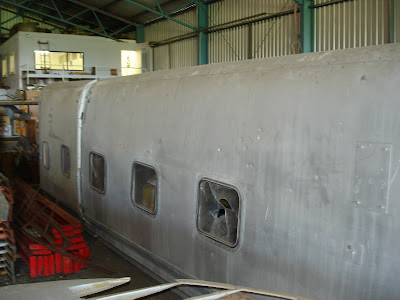 For more on the Chathams click on the link below.
http://nzcivair.blogspot.com/2010/07/merchant-islander-at-hapupu.html 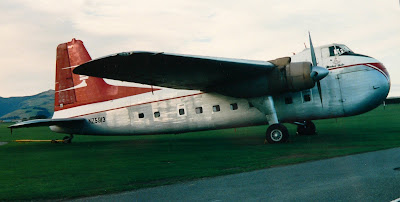 Below is a shot of ZK-CRK , c/n 13159 , "Merchant Islander"  on the grass strip at Hapupu on the Chathams on 09-10-1969. This was before the days of the Porta Cabin, when freight was loaded through the nose doors and the passengers sat at the rear of the aircraft. 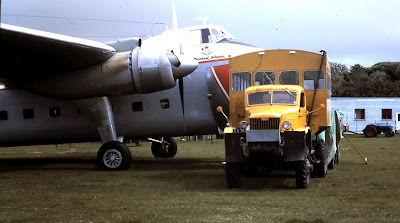 Below is what is left of ZK-CRK today at the Ferrymead Museum in Christchurch. 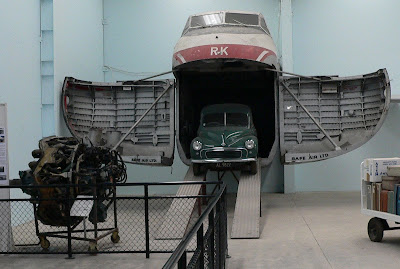