Following from my previous post on Luton Minors of New Zealand, my thoughts turned to another English parasol that in some ways is like a modern Luton Minor. That is the Clutton-Tabenor FRED. The FRED was designed and built by EW Sherry and Eric Clutton, and the prototype first flew in England on 2/11/63. FRED stands for Flying Recreational Experimetal Design. It is a bit heavier the the Luton Minor and it has a much thicker wing section which contains the fuel tank. The FRED is 17 feet long and has a wingspan of 22 feet 6 inches. It has a wing area of 111 square feet. Its empty weight is 550 lbs and MAUW is 800 lbs. It cruises at 70 mph behind a VW engine and its flying characteristics have been described as "slow but sure"!

There have been 3 FRED's in New Zealand. All of them are still with their original owners which may say something about owning a FRED? 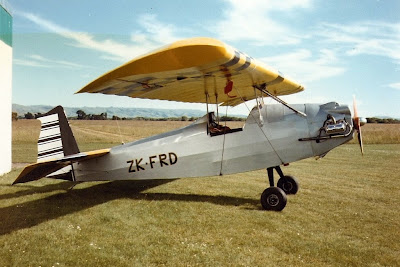 The first FRED was ZK-FRD (c/n AACA 279), which was built by Alan and Evan Belworthy at Masterton in the late 1970's. It was registered to Evan Belworthy in 10/79 and has been owned by him ever since. The Belworthy's left the Wairarapa and moved to Cust in Canterbury where ZK-FRD is still active. The above photo was taken at Masterton in 1981. 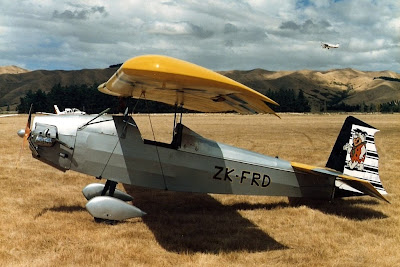 This photo of ZK-FRD was taken at the 1987 AACA fly-in at Omaka, and it now features wheel spats and Fred Flintstone on the tail. 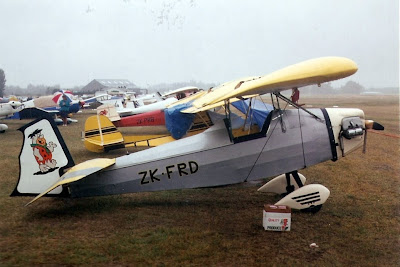 And this photo of ZK-FRD was taken at the fogged out AACA fly-in at Rangiora in 1983. 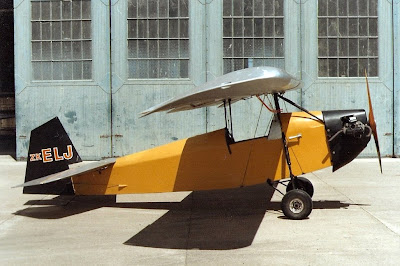 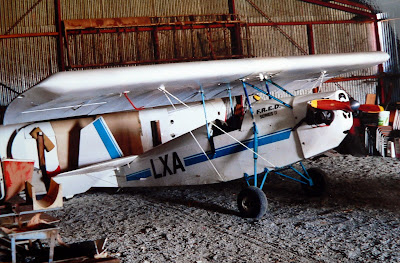 ZK-ELJ was re-registered as ZK-LXA on 15/6/88 when ownership transferred to the Armstrong Family Trust of Dunedin. It is photographed here in a hangar at Taieri on 25/3/81. Alex Armstrong went on to built Sisler Cygnet ZK-LXB and Vans RV-4 ZK-LXC, all of which are owned by the Armstrong Family Trust. I don't think ZK-LXA is currently active as it was photographed by Blue Bus partly dismantled in a hangar at Taieri in October 2008. Thanks to Blue Bus for this photo. 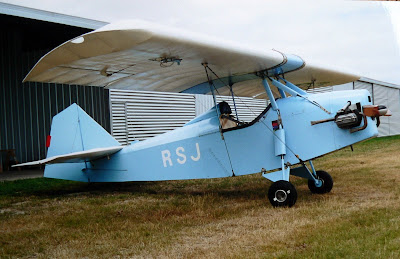 And our final FRED is ZK-RSJ (c/n PFA 028-10753) which was imported into New Zealand and first registered on 24/11/00 by Mr RF Jopling of Barnard Castle, UK. ZK-RSJ was registered G-BSSJ in the UK. It is still owned by Mr Jopling although it is based at Ashburton where Blue Bus took this photo on 2/2/01.