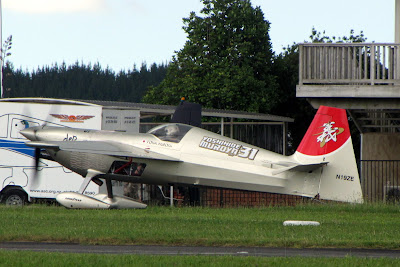 I went up to North Shore Airfield this afternoon to see the Fox Moth and Dragon but I was amazed to see this Edge 540 N19ZE there - I didn't know what it was at first and I took this shot across the airfield as it taxied out to rocket into the air. 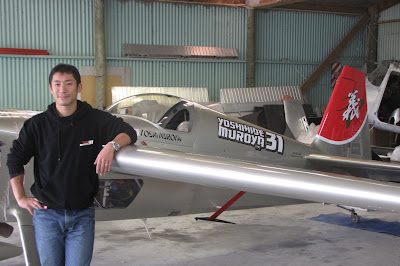 It turned out to be a Red Bull air racer owned by Yoshihide Muroya who has had the aircraft freighted to New Zealand (from the final race in Barcelona) for modifications to make it even more racy, and then to be able to test them in our better flying weather. Yoshi was happy to pose for a photo. You can find out more on the Red Bull website - Yoshi competed in his rookie season in 2009 and came 13th out of 16 competitors. 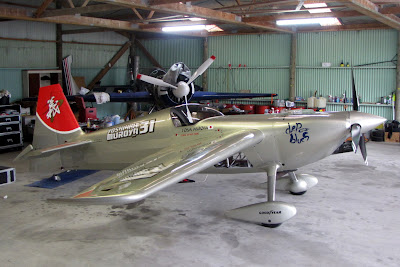 And here is another shot of N19ZE in Nick Fry's hangar, with Nick's Sukhoi Su 29 ZK-SUK in the background. A pretty spectacular aircraft and so unexpected!