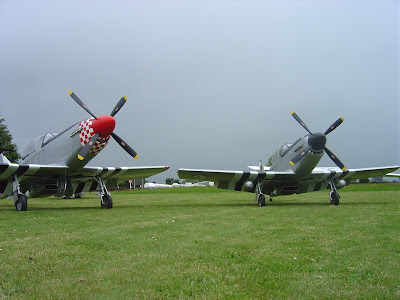 I met Mike Crene a couple of months ago at his hangar at Matamata where he was helping Peter Walton complete Peter's Titan T 51 Mustang ZK-WSV. This machine looked amazing painted up in a full American scheme. Mike operates Kiwi Mustangs at Matamata.

Also in Mike's hangar was his own T 51 Mustang ZK-DBG which is painted up in a New Zealand Air Force scheme. This aircraft was the first T 51 to fly with the underwing drop tanks (which are operational), and also looks amazing. In fact the aircraft is so desirable that Mike has sold it to an owner in California and it will be exported soon.

Both of these aircraft have Suzuki V6 engines with New Zealand designed gearbox reduction units and both have the new large propellor that gives them a real Mustang look.

Mike promised to send photos of both the Mustangs outside on the grass when they were completed, and here they are! 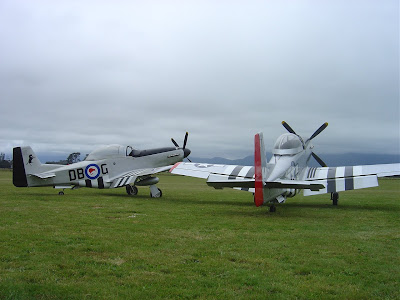 Peter Walton's T 51 Mustang has now flown and Mike is currently carrying out the test flying. 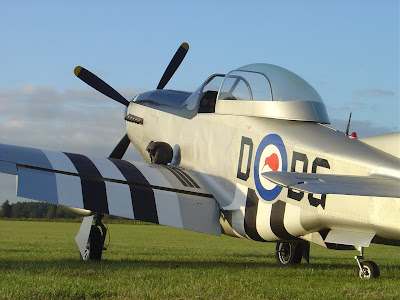 And finally, a couple of other photos of ZK-DBG to appreciate its lines on the ground and in the air. There is a really neat video of ZK-DBG flying at Tokoroa (note the smaller prop in the video). Go to www.youtube.com/watch?v=4V_WTwB-how 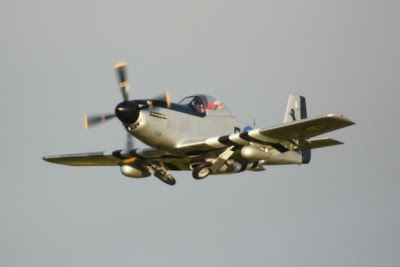 Mike has now started building another T 51 Mustang, this time a microlight version.
Thanks to Mike Crene for the photos.