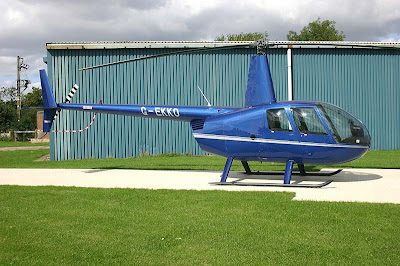 Above is the Robinson R44 G-EKKO (c/n 0821).
The above photo comes from the G-INFO web site shows it in a better state than it is now.
It appears that it has had a roll over and has been purchased and imported for parts.
First registered in the UK on 18-07-2000 it has had five owners - the last know one being David Griffiths of the Pinetree Car Centre of Swansea.

Below is an extract from a local (UK) newspaper.

Below is an interesting discussion about this incident. 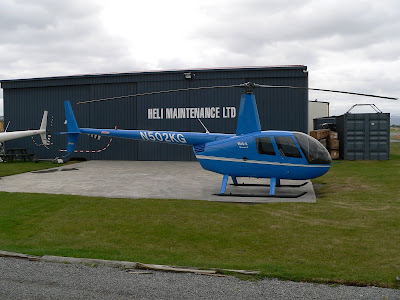 Built in 2007 as N502KG, it almost made the UK register but remained on the US listing.
Owned by a father and son from Rollesston; it will be remaining on the US register.
Posted by Dave Paull at 17:47