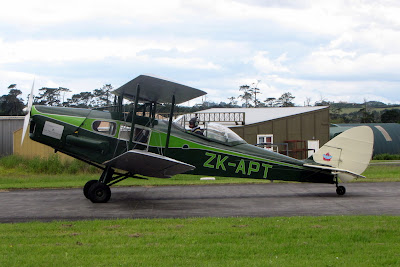 Celebrations commenced today for the 75th anniversary of airline flying in New Zealand, with the launch of a new book by the Rev Richard Waugh titled "From Hoki to Haast - New Zealand's First Airline" and joyrides in Stan Smith's DH 83C Fox Moth and DH 84 Dragon. Above Fox Moth ZK-APT begins another take off run with 3 passengers and old-style hangars in the background. The square sign on the cowling advertises sponsorship from Air New Zealand. 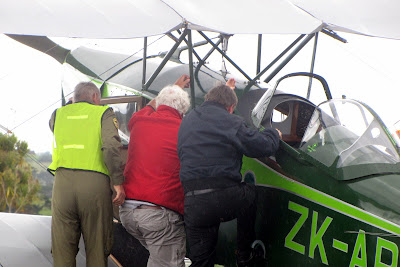 Disembarkation from the Fox Moth was a much more intimate affair than from today's modern airliners as both passenger and pilot back out of the aircraft together. You can also see the pilot to passenger intercom in the cockpit! 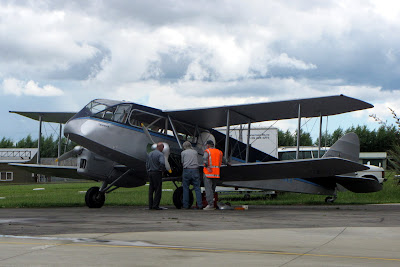 As befitting an elderly aircraft, the left hand magneto of the Dragon ZK-AXI went unserviceable so running repairs were called for. 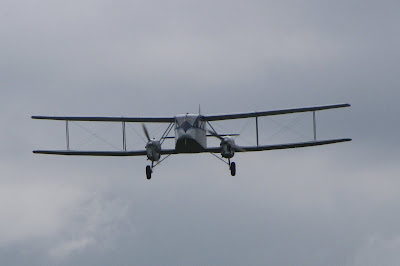 However the magneto was fixed after about an hour so we could enjoy the sight of an approach.... 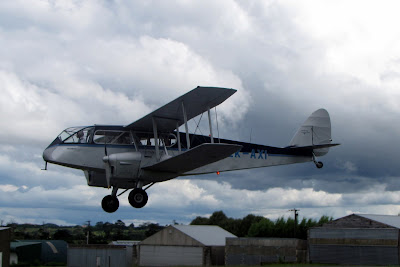 ..... and landing with a full complement of passengers.
I understand that at least the Fox Moth will be heading South to the celebrations at Hokitika on 17/18 December and at Haast on 19/20 December.