Among the civil register amendments for November 2009, a Rearwin 9000L appears.
This aircraft, c/n 613D came to NZ back in the 1930s and was operated by the New Plymouth Aero Club, then based at Bell Block, as ZK-AGQ from 1938. 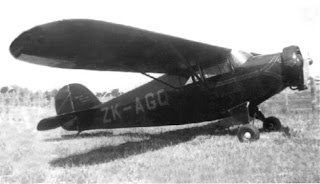 When war came, this Rearwin was impressed into RNZAF service as NZ599 from October 1942 and presumably was used on communication duties.
Released from service in 1946 it returned to the New Plymouth Club bearing the new registration of ZK-ALF having clocked up 924 hours. Passing to Frank W McKeever of Auckland it then became the property of Les Nixon of Henderson from October 1951.
Les kept the Rearwin for many years, finally selling to Gerald Astley, Auckland, in 1971. J P Galpin of Pongakawa bought the aircraft in 1977, and it was ferried to his property in March 1978 for a full restoration.
This restoration seems now to be almost complete, and ZK-ALF was passed into the ownership of the 'Rearwin Sporster AGQ Syndicate' based at Te Puke prior to reverting back to being ZK-AGQ with the same owners on the 30th November. 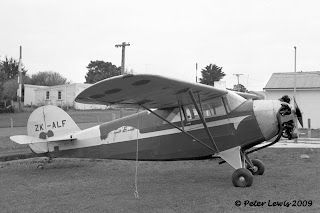 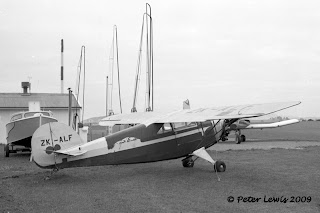 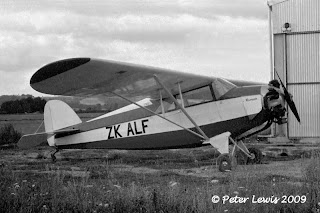 I look forward to seeing this grand old machine back in the air once again.
Posted by flyernzl at 21:24