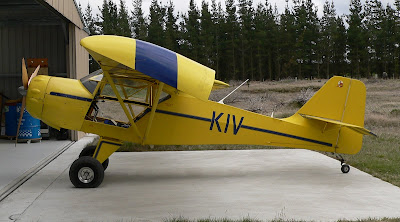 This Sundays drive took me to the West Melton airfield. This field belongs to the Canterbury Aero Club but has several private aircraft based there.
Above is the Denney Kitfox IV ZK-KIV , c/n 1642 , of Russel Ainsworth.

Peter W Harland's initials make up the registration for his Tecnam P2002 Sierra ZK-PWH , c/n 142 . It resides in the same hangar as the Kitfox. 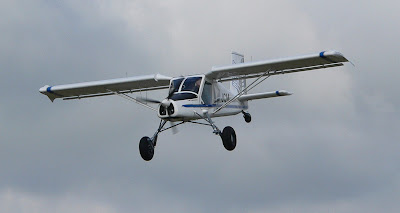 My main reason for calling in was to see the Australian Aircraft Hornet STOL ZK-JCM , c/n 023. Again the registration is the initials of its owner Jock C Montgomery. It was flying off its final hour of testing today. 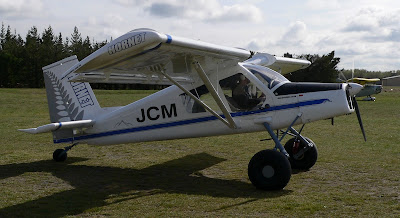 Test pilot being Evan Belworthy. Evan flew across the river from his ranch in his Clutton Fred ZK-FRD, seen in the background above. 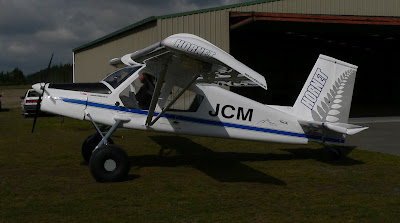 The Hornet has gained some bigger wheels since it appeared in an earlier blog.
Posted by Dave Paull at 17:27