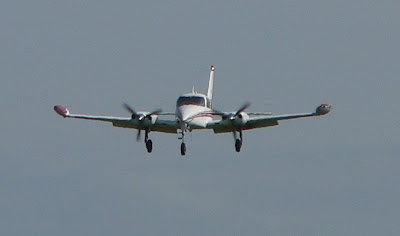 A few of the aircraft that I photographed in my patch today.
Above is Brett Emeny on short final for 07 in his Cessna 320E Skynight ZK-EGN2. 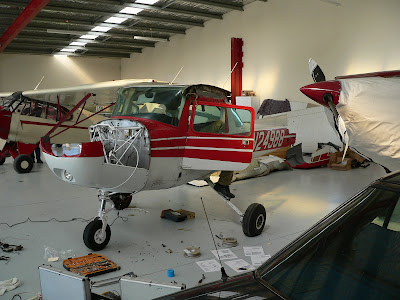 Being slowly assembled in Pat Scotters hangar is this Cessna 152 N24988 , c/n 80497. According to the FAA file this aircraft was exported to Peru - which is in fact true. Hayden Halsted did indeed ship this aircraft from the US to Peru but he was transferred to NZ before he had a chance to assemble it there. It never received a peruvian registration but it was registered as ZK-KDP on 24-06-2009. 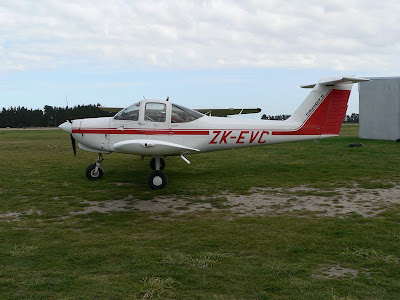 Piper PA-38-112 Tomahawk ZK-EVC , c/n 81A0019 , started its career with the Southern Districts Aero Club at Gore. More recently [since early 2007] it had been Taieri based. From about March this year it has been in the Rangiora area, being listed to Grant Loader on 14-07-09. 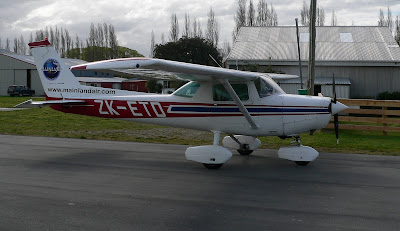 One of a sizeable bunch of Cessna 152's operated by Mainland Air from Momona (Dunedin) is ZK-ETD , c/n 84195. It dropped in for fuel on its way back home after a mission to Motueka. 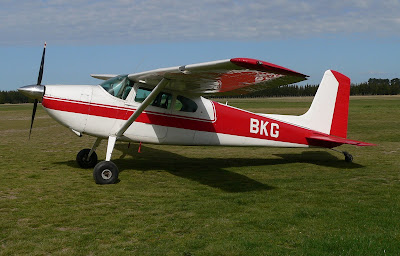 My favorite old Cessna 180 is ZK-BKG , c/n 30376 . This 1953 vintage aircraft came to NZ in 1955 for the Wellington Aero Club. It is currently listed to Richard Royds of Aoraki Mount Cook Ski Planes fame. 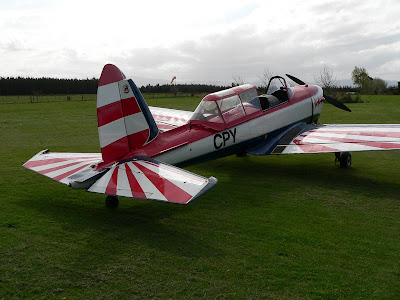 Surprise for the day was this De Havilland DHC-1 Chipmunk ZK-CPY2 , c/n C1-0389 which I tracked down at its home strip near Rangiora. It had just flown to/from Kaikoura. Interesting colour scheme. Underneath it is all blue with stars under both wings and tailplane.
Posted by Dave Paull at 18:44