Following up om the previous post, here is a photo of the Avian while under Goodwin-Chichester ownership. G-C were the NZ Avro agents at the time, and as well as demonstrating their aircraft around the country to potential buyers they also went joyriding to pay the bills. Their pilots at that time were Harry Lett and George Bolt. No idea where this pic was taken, but I've always felt that it has a West Coast feel to it. Felix the cat can be seen here. 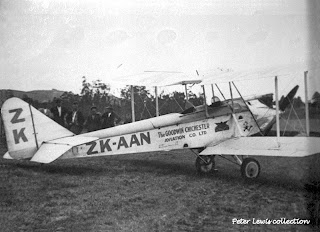 Another shot of ZK-AAN, this time from the Nev Mines collection: 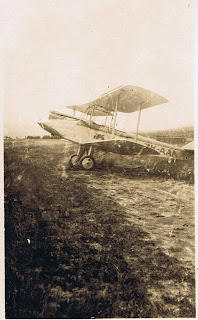 There is also coverage of the February 1929 visit to Cambridge of ZK-AAN complete with photographs taken at that time at
http://www.cambridgeairforce.org.nz/George%20Bolt.htm

Hope this helps.
Posted by flyernzl at 18:13