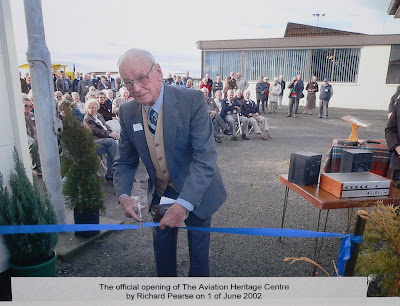 A large hangar built by the South Canterbury Aviation Heritage Centre was officially opened on 01-06-2002 - as seen above.
Work continues, with public toilets about to be built before final signing off by the local Council.
It is expected that the facility will be fully operational and open in early 2010.
In the meantime Council have approved opening on Sunday afternoons between 2 & 4 pm.
Entry is by donation.
I am sure that special openings could be arranged for small groups at other times. 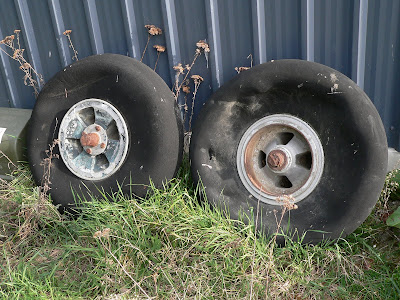 Outside the main door are these two wheels - anybody recognise them ? 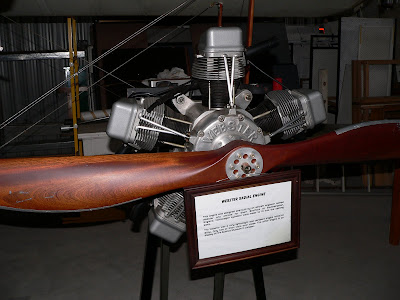 The Webster radial engine; one of only two built. 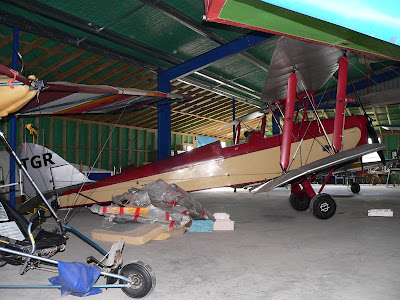 Above is the Tiger Moth ZK-TGR with the wings of the glider ZK-GLY against the wall behind. Both registrations were revoked on 23-04-2009. The glider has never been assembled since its arrival. The Tiger has flown a few times I believe.
Below is the Chipmunk ZK-CHP which was cancelled as exported on 08-05-2009. It has not flown in NZ & obviously it has not been exported.

An earlier blog showed some other aircraft in this hangar.
Noted yesterday was the:-
Quicksilver ZK-SIG.
Super Bobcat ZK-EJB.
Bolton Trike Moyes XS 155 ZK-YXS.
Denny Kitfox ZK-EWC2 hangared here still airworthy.
Zenair CH701 STOL ZK-JLN2 hangared, airworthy & for sale.
Pulsar ZK-RGP in for maintenance.
Cockpit section of Friendship VT-NED. If by chance you know of a nose cone they would be very pleased to hear from you (even if only to use a pattern).
Ascender ZK-?
Scout.
Easy Riser ZK-FWA.
Partially built Primary glider (Zogling !). 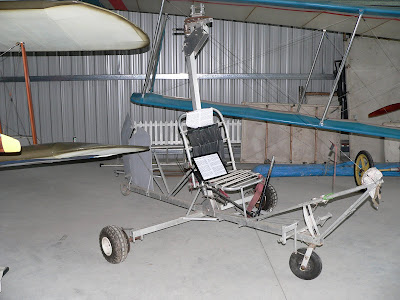 Bensen above.
Lowther Sopwith Camel Replica ZK-JKE (for which I believe the Webster engine was intended for).
This is not a full list as there are several other early flying machines which I did not recognise. 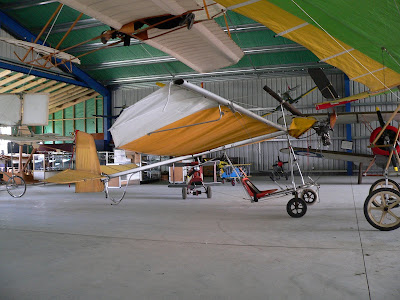 Also there is a book collection and several r/c and many scale plastic models on site.
In the old Control Tower building there is a photograph selection and other memorabilia and upstairs in the tower a cuppa tea is available.
Well worth a visitation.
Posted by Dave Paull at 16:31