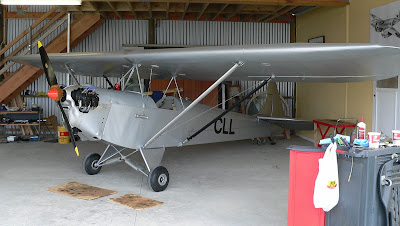 Mike Flemming's Phoenix Luton LA-4A Minor ZK-CLL was exposed today having had its Lycoming 145 engine run. It is very close to getting airworthy again. Seen here tucked away in the back of Mike's hangar where he also stores his Minicab ZK-DMM. This Luton Minor was a project started back in the early 60's but abandoned until taken up by Kip Netherclift (perhaps better known for his Aeronca 100 ZK-AMW2 ). It initially had a JAP J99 engine, & flew in 1974, but this engine was replaced with a 2 cylinder 60hp Franklin and more recently had the Lycoming fitted. Interestingly it has also been owned by Mike Kindon. 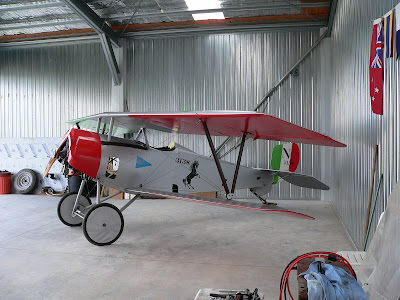 Also owned by Richard Moore is this Quad City Challenger 11 ZK-LIW. This has been around since first registered on 22-08-1990 to the Charlie Two Syndicate (Curtiss &Wilson). It spent a couple of years with Mike Kindon (of the Nieuport 17 above) and a couple of other owners before Richard listed it on 22-08-2005. It was having engine runs today -readying it for its annual. 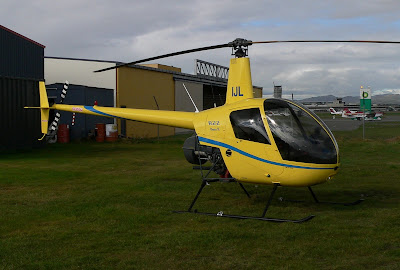 At Heli Maintenance at Christchurch Airport this afternoon was this Robinson R22 Beta 11 ZK-IJL c/n 3901. It was imported by John Levy when he moved over from the US and registered it here on 20-03-2006. He has had it since new and previously flew it as N74558 from August 2005. It is based I believe in the Kaikoura area.
Posted by Dave Paull at 16:26