The Green's have revoked and exported ! 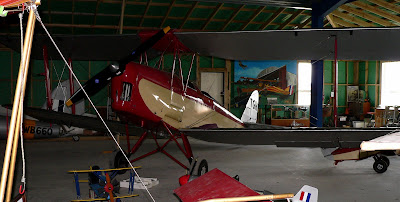 Tony and Sarah Green arrived in country from the UK sometime in 2004 with a big box of goodies. Above and below is their De Havilland DH82A Tiger Moth ZK-TGR2 which as you can imagine has an extensive foreign history. With a c/n of 86546 it was built by Morris Motors at Cowley for the RAF and carried the PG637 serial before going civilian on 04-01-1954 as G-ANLH with the London Aero Club. It moved over to Belgium in 1955 to become OO-EVO before a shift to the US in 1978 to become N3744F. By September 1985 it was back in the UK and took up its old registration of G-ANLH. After another bunch of private owners it was listed to Tony Green and Sarah Clapham (later Green) on 02-01-04. It was cancelled from the UK register and became ZK-TGR on 19-01-05. Timaru based ; I do believe it has flown; but not a great deal. It NZ registration was revoked on 23-04-2009. 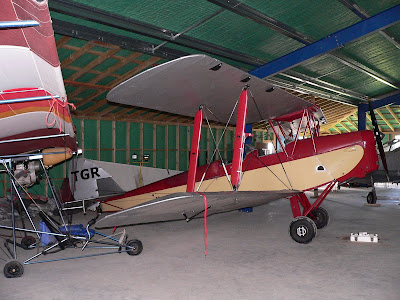 Pic below byAlan Brown and nicked from the UK CAA website shows it in its UK markings. 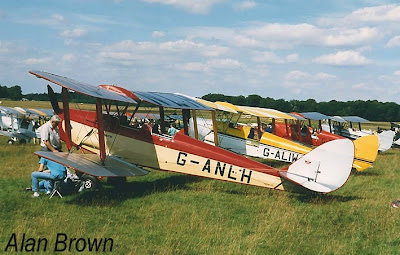 Also in the container was this Elliotts of Newbury (EoN) Olympia Mk 11. This was built in 1947 to be stored as unsold for nearly ten years. It came on the British Gliding Association (BGA) register about mid November 1955 as BGA797/AZT. It appears under Tony Green's name about mid 2004. It was listed as ZK-GLY to Tony & Sarah on 18-01-2005 but has remained unassembled at Timaru. It carries the name Ranunculus, and has done since at least 1964 beneath the cockpit, on its all yellow fuselage and has the large letters "AZT" on the vertical tailplane. Its registration has also been revoked. 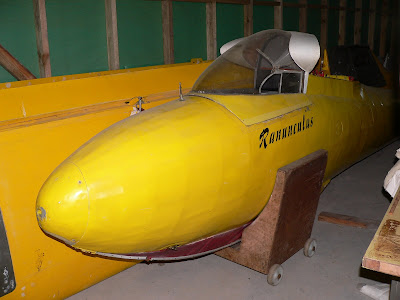 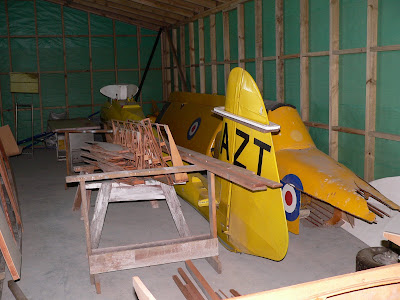 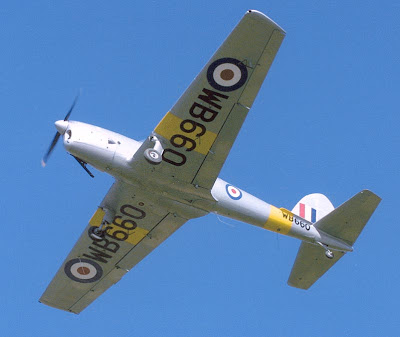 These two pics show it hiding away in the Aviation museum at Timaru. 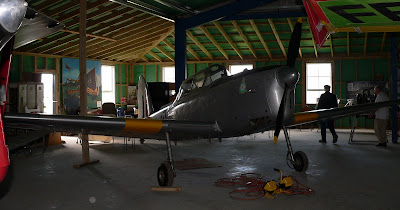