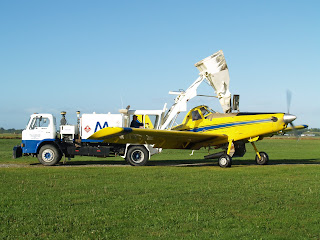 First off, some good old-fashioned aerial agricultural action (well, the loader certainly is!). Andy Dourmann in MacKenzie Aviation's flagship, AT502B ZK-MAA, is spreading urea off Gore Airfield on 10 February. This machine crashed at Five Rivers on 8 May 07, and was rebuilt at Timaru by Bruce Robertson over the next year, before returning to duty mid 2008. The company also operate two FU24's, ZK-BOG and ZK- DDW. 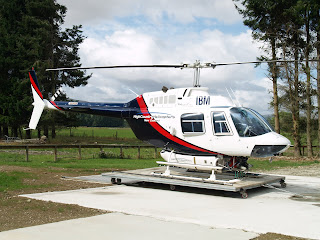 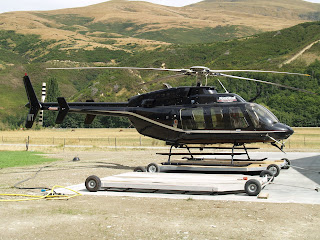 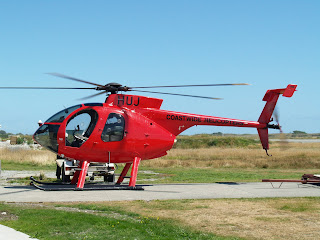 Continuing with the rotary theme, there are two H369FF's in country, Coastwide Helicopters ZK-HUJ (above) at Greymouth and Airwest Helicopters ZK-HRA not far up SH7 at Reefton. This machine was delivered new in April 08. The F models feature uprated turbines, longer blades and extended tail booms. Illustrating the mobile nature of our rotary-wing activities, Simon Lawn's Ahaura Helicopters, based (not surprisingly) at Ahaura, generally operates two R22's on a variety of tasks. He has a predilection for the registration ZK-HDB, and this is the fifth machine he has operated with that identity. The Robbie was recorded for posterity on 13 February, and crashed on Mt White Station on 17 Feb after mechanical failure. 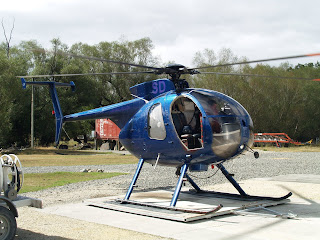 Final rotary candidate is Bill Hales' Alpine Springs Helicopters H369D ZK-HSD, just returned from a successful deer hunting sortie at Hanmer. There seems to be a mini boom in venison at present, and it is again not unusual to see these machines scooting along with multiple deer on the hook. 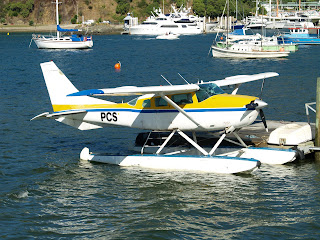 And finally another fixed wing - Westland Air Charter's Cessna U206F ZK-PCS is again providing floatplane services at Picton. I first noted this aircraft on wheels in 1997, but it has been on floats for a while now.