On what was a very quick, late afternoon trip to Ardmore proved 26Feb proved to be very worthwhile in my quest to photograph ZK registered aircraft.
First up was Cessna 180A ZK-MDL from Mosgiel parked adjacent to Flightline Aviation. This aircraft came from Paraguay where it was registered CX-ASR and was placed on the NZ register just over two years ago. 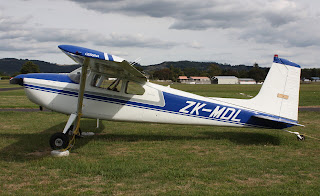 Air National's Piper PA23-250 Aztec ZK-ECM was parked behind the Cessna 180A. Its not been at Auckland for sometime now and I've not heard it ply the route from there to the Coromandel where it seems the aircraft only ever ventures. Perhaps it will soon join the for sale queue. Alternatively, it may just be there for parking as Air National's turboprop and jet collection is hogging a great deal of space at their two hangers across at Auckland. 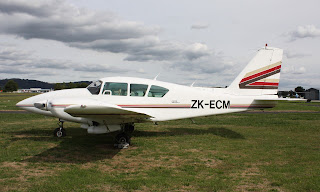 Just being tied down and covered up (unfortunately) was Timaru based Cessna 172S ZK-SID. This airframe took up ZK-SID back in April 2008 and prior to this it was registered ZK-JPJ.

Preparations were well underway for the Pilot Expo starting 27Feb. Dennis Thompson International's facility seems to be the centre of activity and Piper Pa34's ZK-KLW (nee ZK-MDY) and ZK-UPX (for sale) where both parked outside. ZK-KLW has been registered to the Walton Family Trust and changed its registration from ZK-MDY on just over a week ago. 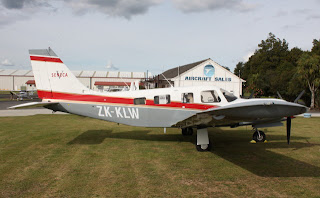 Arriving from points unknown was New Zealand's second Remos G3NZ ZK-PRH registered just over a year ago to chap in Huntly. http://www.remos.com/en/company.php. The first Remos G3NZ, ZK-REM, arrived back in March 2005 and is also based in the Waikato.

The only North Island based Sonex, ZK-JQP, was noted for the time (by me) sitting outside the Taildragger Classics hanger. The other two are ZK-WBS in Ashburton and ZK-SNX in Dunedin. 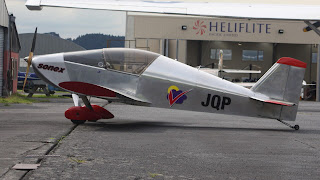