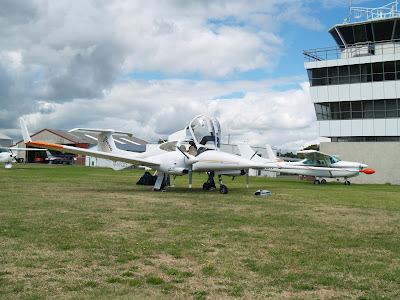 Arriving at New Plymouth from Australia on 25 February was Diamond DA-42 VH-FGO (c/n 42.199) of Fugro Airborne Surveys. The MAD sensor is certainly an eyecatcher, and the machine is here for some 5 weeks of survey work. 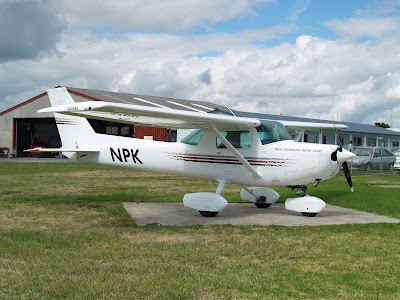 Most recent addition to the New Plymouth Aero Club's fleet is 1980 Cessna 152 ZK-NPK, first registered in August last year, and sporting a locally-applied Cessna 172 colour scheme. It is one of three similar machines which joined the fleet last year. The club is booming, with its Indian students being noticed all over the North Island 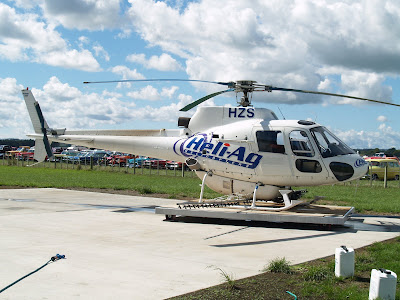 Imported from Japan by Rotor Flite in May last year, AS 350B ZK-HZS replaced H369E ZK-HZP with Heli-Ag at New Plymouth. The field of exotic vehicles behind is part of the 'Americarna' festival week in Taranaki! 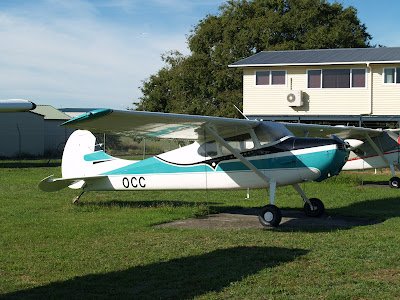 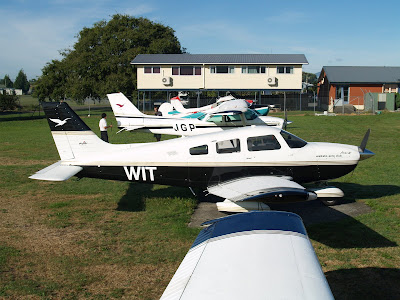 Also on the pickets at Waikato was the newest member of the Waikato Aero Club's fleet, Piper PA-28- 181 Archer III ZK-WIT. The 2008-built aircraft joined the club in December last year. 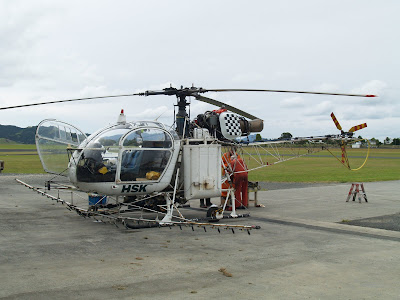 And finally, Jay Bryant's Northland Helicopters has been operating our sole active SA315B Lama ZK-HSK for nigh on seven years in the Far North. It seldom ventures into civilization (probably because of the noise, although it has now been fitted with muffs to try and reduce that a bit - those chequered bits), but it was at Whangarei on 27 February. One of the guys working on it was a retired ex-Helicopters NZ engineer who used to look after that company's fleet of Lamas in the 1970's. Indian Peaks Aeromotive in Palmerston North have a partial Lama, ZK-IPD (plus a number of other airframes), but that seems unlikely now that it will be completed.
Posted by greybeard at 14:21