New Plymouth based Piper PA31-325 ZK-ECQ spotted at Ardmore 28Jan wearing Greymouth Petroleum titles, no doubt a corporate sponsor for the aircraft's air ambulance role and nothing to do with the town on the South Island's West Coast!

Aspiring Helicopters have imported Robinson R22 Beta ZK-IHQ from Australia where it flew as VH-HFW. It was registered 14Jan09 and snapped two weeks later at Ardmore awaiting its long haul delivery flight to Wanaka.

Helicopter Corporation of Hamilton has taken delivery of Eurocopter EC120B ZK-IGE. Its been on the register since 13Oct08 however the way the registration is displayed looks like a temporary job so I suspect it hasn't been in the country all that long. It joins the operator's other EC120B ZK-HEK, R44 ZK-HVV and AS350B3 ZK-IDQ. 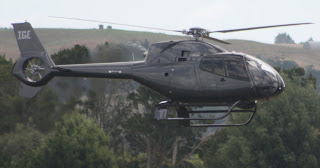 North Shore Helicopters operate Eurocopter EC135P2 ZK-ITF on behalf of freighting mogul Trevor Farmer. I've seen this machine on a number of occasions since it arrived in NZ some 5 years ago but the application of a small decal is a recent addition to the helo's livery. 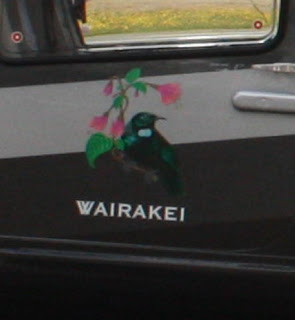