A Metal Corby Starlet at Ashburton 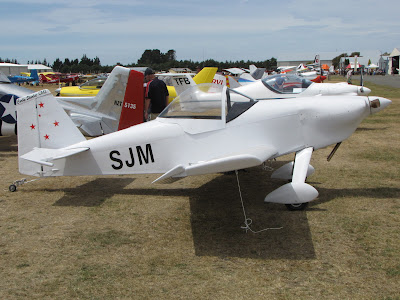 I was interested to see a new Corby Starlet ZK-SJM at Ashburton, but I was amazed to see that it was made of metal! This is a Corby Starlet CM2 and I believe it is the only one in the world. It was built by Gary Montagu in Dunedin and registered on 29/11/07. It is a little bigger that the original Sarlet, of which we have 7 on our register and the undercarriage is RV style. The canopy and cowling are also a little different from our other Starlets which nearly all use fibreglass mouldings that were originally made to an excellent standard by John Buchanan for his original Starlet ZK-DEO (and this canopy has also been adapted to fit on other homebuilts such as the Jodel D9). 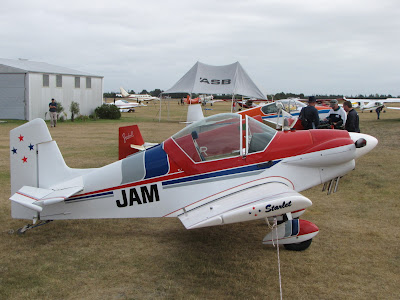 On seeing ZK-SJM, I realised that this was the second Corby Starlet built by Gary Montagu, and his first one was also on the feild! - ZK-JAM a Corby Sralet CJ 1 was first registered on 12/2/87.