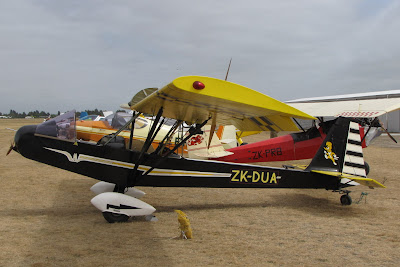 Here is another selection from Ashburton.

These 3 aircraft are wind in your face parasols in complete contrast to the slippery wingletted types of my last post. The grand-daddy of the 3 of them is the Woody Pusher ZK-DUA which was built by Alan Belworthy at Masterton in the 1970's. It was first registered on 13/2/74 and was really exotic when most of the homebuilts were Turbulents, Taylors and Jodels. It is powered by a Continental A 75 engine and has flown over 800 hours to date.

Alan has since gone on to build other homebuilts including the Clutton Tabenor FRED ZK-FRD, the Sorrell Guppy ZK-FGK (also at Ashburton) and the Belworthy Figaro ZK-PUR. 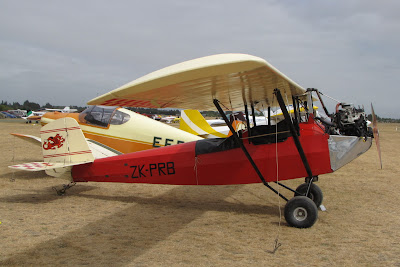 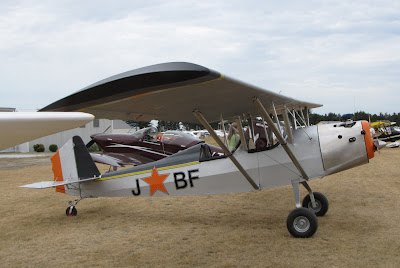 And the final parasol is the Andrew John Fairhall Fairhall Special ZK-JBF which is a customised Pietenpol Aircamper. It was registered on 16/6/06 to Andrew Fairhall at Blenhiem. It is also powered by a converted Toyota Hilux engine.