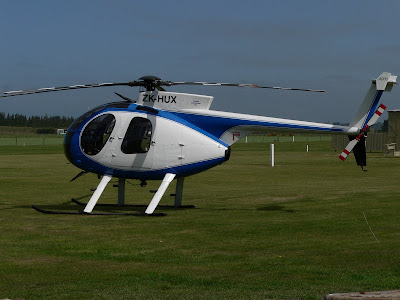 Two more Hughes 369's I noted on my recent outing. 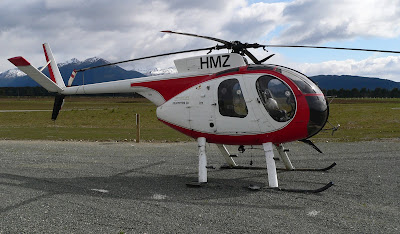 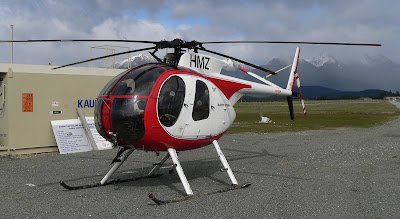 Note that both are fitted with wire cutters above and below the fuselage pod.

Also interesting was the fact that although this airfield is some distance from civilisation, I was met by another vehicle as I was departing the airfield. Just the elderly Mr Scobie himself wondering what I was doing near his flying machine. So big bro is watching out there.
Posted by Dave Paull at 07:45