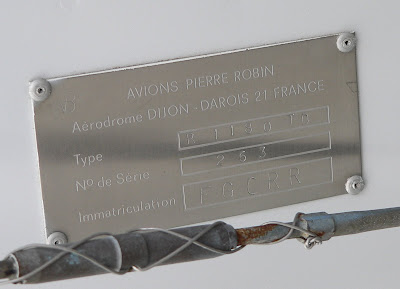 This is a view of the construction plate showing the type, serial number (or construction number) and registration. A closer look tends to indicate that it is a "TO" model and there is no hyphen following the French national letter "F".
Posted by Dave Paull at 20:20