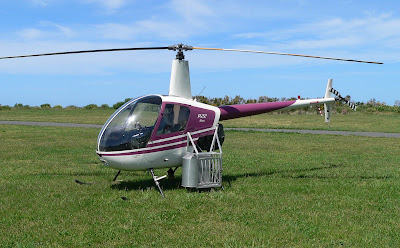 On 30-10-2008 I photographed these two helicopters at Kaikoura.
Above is Robinson R22 Beta ZK-HJJ2 c/n 2249 at the Kaikoura airstrip south of town. This was a Skysales import in late 1992 which served with Garden City Helicopters until late January 1997 when it moved to Nelson with Wilkins & Field Developments Ltd. On 01-03-2003 it was listed to Coast to Coast Helicopters at Nelson. It is currently resident at Muzzle Station among the Kaikoura Ranges with the Nimmo's. 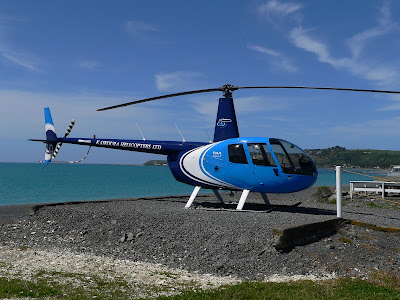