After January 2011 the aircraft reverted to the SportCruiser and it has most recently been developed by Czech Sport Aircraft into the PS-28 Cruiser which is an LSA. 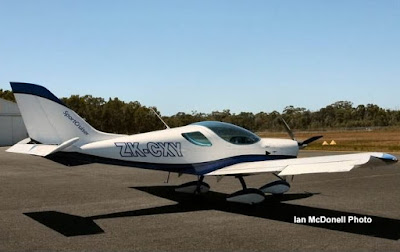 This is where it gets a bit confusing - the second SportCruiser to be registered as ZK-CXY.  ZK-CXY3 (c/n 09SC247) was registered to the agents Aerosport Aviation Ltd (Anton Meier) on 11/3/09.  It only appeared here for a short time as it was ferried across the Tasman to Frank and Cheryl Francis of Queensland as 24-7447.  It was cancelled from the NZ register on 29/10/09. 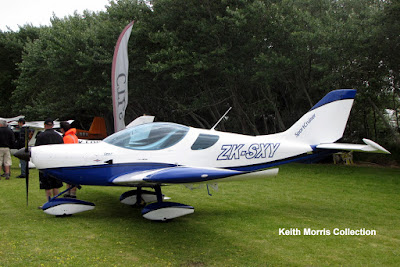 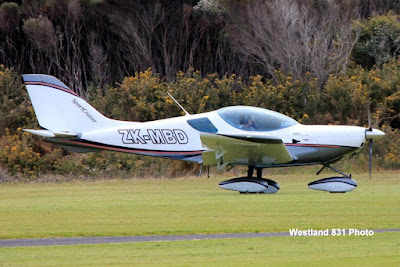 It was purchased by Max Deane of Whangamata on 7/12/09 and was re-registered as ZK-MBD2 (for Max and Bev Deane) on 23/12/09, and the aircraft was re-painted as in the above photo, which was taken at Claris airfield on Great Barrier Island on 7/9/11. 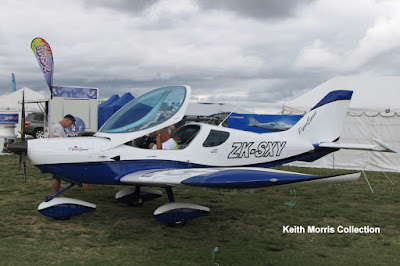 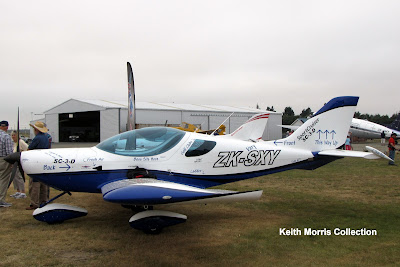 However by 2011 the Piper Sport had gone and ZK-SXY5 was re-branded back as a SportCruiser, as in the above photo from the 2013 SAANZ flyin at Ashburton, on 9/2/13.  As can also be seen in the above photo it was adorned with humorous notes such as Front and Back and Very SXY!  Also in the above photo the aircraft is marked as an SC-3-D model.  This was the model of SportCruiser that was going to be built at a new American owned factory at Jiuzhou in Southern China, but this never eventuated.  This was to be completely independent of the Czech Sport Aircraft operation that was still producing SportCruisers in the Czech Republic. 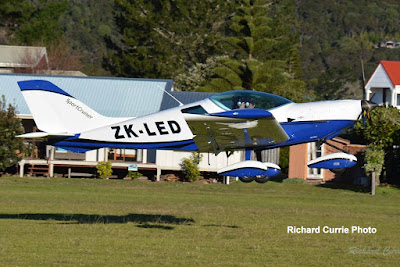 This has been a very well travelled and demonstrated aircraft and with nearly 800 hours on the hour meter, on 5/4/16 ownership transferred to the JW and IP Leadbeater Syndicate of Matamata (Jim and Irena Leadbeater), with the new registration ZK-LED.  It is photo'd as such at Pauanui on 11/6/17. 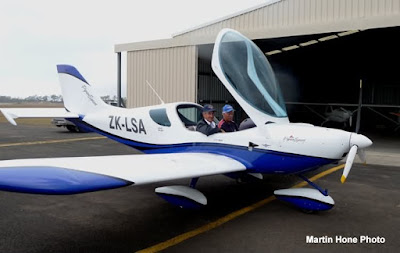 ZK-LSA (c/n 09SC266) was our only true Piper Sport model and it was registered to Aerosport Aviation on 25/6/10.  It was another aircraft that was flown across the Tasman to an Australian owner as 24-7552.  It was cancelled from the New Zealand register on 28/7/10, being only registered as ZK-LSA for one month, so we are fortunate to have a photo of it. 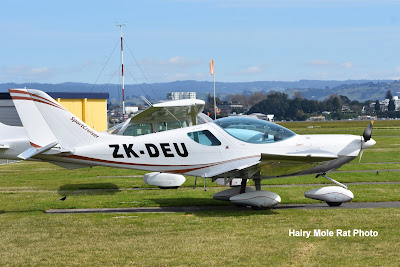 Our most recent Sport Cruiser in an imported 2008 model.  ZK-DEU2 (c/n 08SC150) was originally registered as S5-MMS in Slovenia.  It was imported into New Zealand by Aerosport Aviation and registered to Donald J Urquhart of Upper Moutere on 23/8/16.  It is photo'd above at Tauranga on 30/8/16.

I think we may see more second hand SportCruisers imported in the future but they are a relatively old design now and could be overtaken by Anton Meier's latest LSA which is the all composite ONE Pro which is described as a mini Cirrus.