On the Friday morning at Feilding there were two Air Tractors, both AT 402B models. 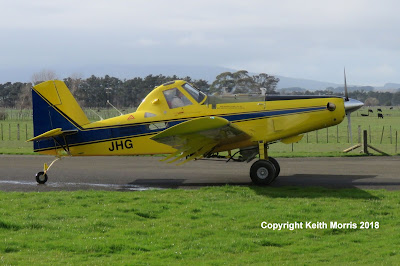 ZK-JHG (c/n 402B-1021) is the "new" Airtractor for the Rural Aerial Cooperative Ltd of Pahiatua.  The original Airtractor ZK-JHG was registered on 24/1/97 but was badly damaged in a landing accident on 17/2/17 at Kumeroa East of Woodville.  Some parts were returned to the factory but it is essentially a new aircraft with all the latest specs and a new PT 6.  It was assembled by Avcraft in Feilding in June 2018 and pilot Andrew Cuttance told me that it had 17 hours on the hour meter. 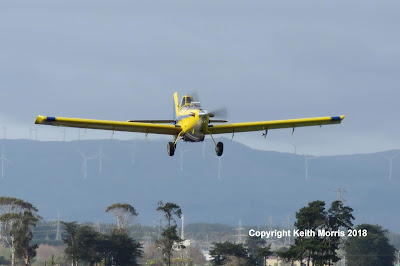 Bob Monds then took it for a few circuits. 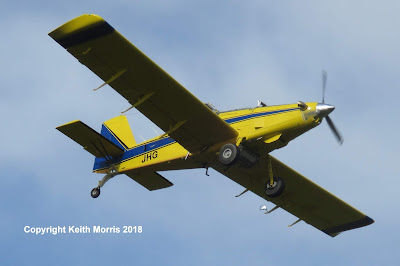 and being light, the performance was impressive. 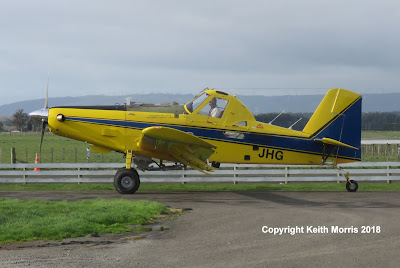 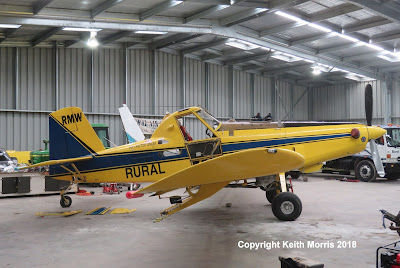 We have eight Airtractors currently registered in New Zealand - five AT 402Bs, two AT 502Bs and one AT 504.