As I was down in Auckland and the weather was sunny with a light wind, I thought I would carry on down the motorway to Ardmore for a look-see.  It was great to meet Mr MRC Aviation there, also wondering where the new Trojan had got to. 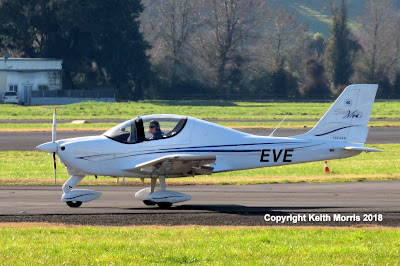 This was the first time I had seen the new Tecnam Sierra Mk II ZK-EVE as taxied out and took off.  Note the new canopy lines of the Mk II.  This is the first aircraft to actually carry the registration. ZK-EVE was allocateded to a Jodel D 11 in March 1987 but this aircraft was never completed and its registration was revoked in November 2006. 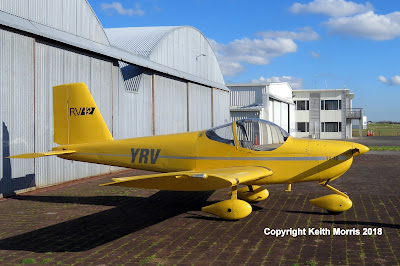 It must have been Whitianga RV 12 day because there were two of them parked.  Alan Coubray's ZK-YRV (for Yellow RV)was first registered in September 2011 and Alan told me it has now flown 420 hours. 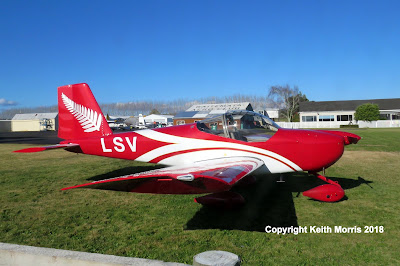 And the other RV 12 was Jim Evans's ZK-LSV which is a factory built example.

Whitianga is a magnet for RV 12s as Alan Coubray tole me that John Gemmel's ZK-EAA3 is also based on the field along with the original Mercury bay Area School's ZK-MBA3 which is operated by the Mercury Bay Aero Club.  And of course the school is now building their fourth RV 12.

And a final note on the new Trojan.  It is VH-DUD and is being flown across the Tasman, scheduled to arrive at Ardmore on Saturday morning.