The Cessna 180 c/n 32968 was allocated the US registration of N9671B but was shipped new out to
new and became ZK-BUP with Rural Aviation Ltd at New Plymouth on 20-08-1957.
It  received its NZ CoF on 27-08-1957.
As can be seen from the lovely photo below taken at Wellington (thanks to Traveladastra) it spent a bit of time as a four seater before having a hopper inserted.
I am guessing the date as late 1957 with airfield surface work still being on. Note the dusty truck in the background and the stoney surface below BUP.
Might I suggest that it is a temporary stand in for the Wellington Aero Club's Cessna 180 ZK-BKG which was damaged at Rongotai on 24-08-1957 !
It was visiting Wellington along with the new Cessna 182A ZK-BUK 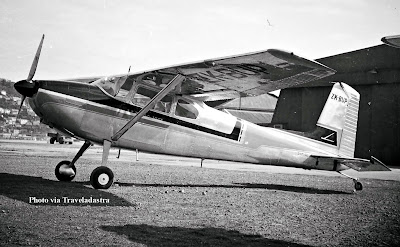 It went on to agricultural duties and spent a lot of its time as a sprayer.
The photo below comes from Neville Drake and shows it at Christchurch in 1958 in a new paint scheme to cover the bare metal. 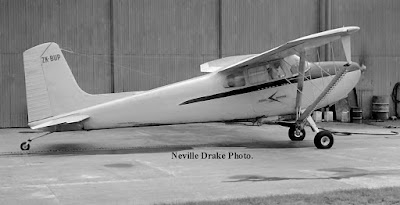 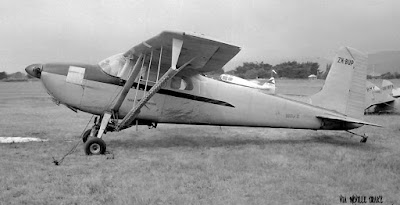 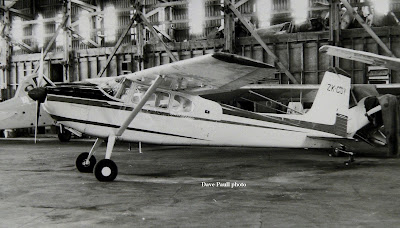 Above ZK-CDY as seen at Tauranga on 26-09-1972
After a minor incident at Ardmore on 17-08-1968 it passed to G A Ashe of Whangarei and by 26-02-1975 it was with Airwork (NZ) Ltd of Christchurch. I suspect there was another owner in between these two.
Airwork moved it on to D W Stone of Hororata from 18-08-1975 and ten years later it took up the parachute dropping habit with the Christchurch Parachute School ltd of Christchurch from 13-08-1985. 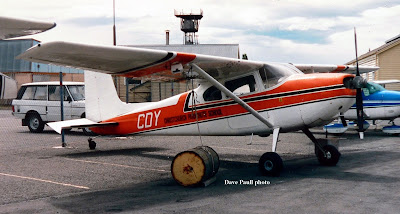 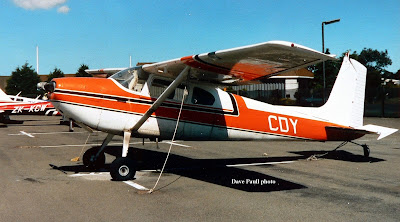 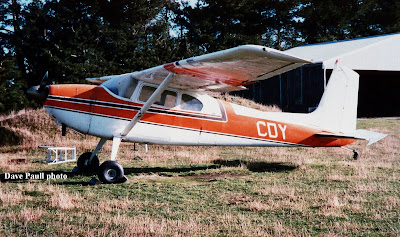 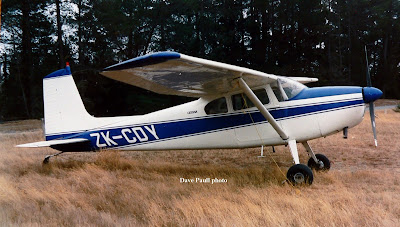 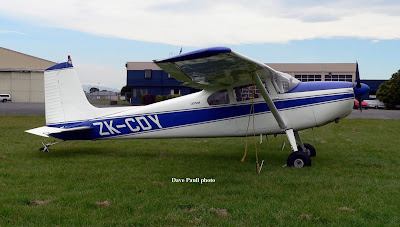 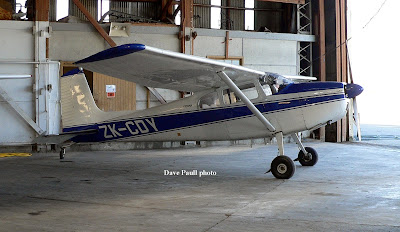 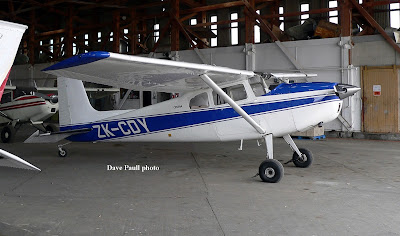 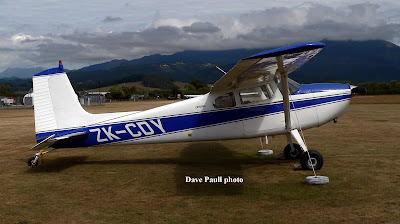