Carrying on the Australian theme - Omaka based Tiger Moth ZK-BER (c/n 844 but I suspect more accurately it is DHA844) was on static display and is photo'd here taxying down the display line.  It was registered to the Omaka Tiger Syndicate on 17/8/04 and ownership changed to the Omaka Real Flying Club on 16/6/08.  Some time later it was refurbished and flew again in early 2015, and you can see from the photo that it is in pristine condition. 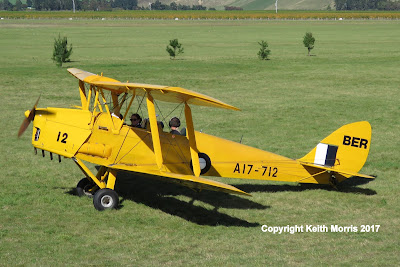 It was built during WW 2 in Australia and was originally destined for the Royal Rhodesian Air Force but it was retained for the RAAF as A17-712.  It was registered on the Australian civil register as VH-BEX in May 1954. 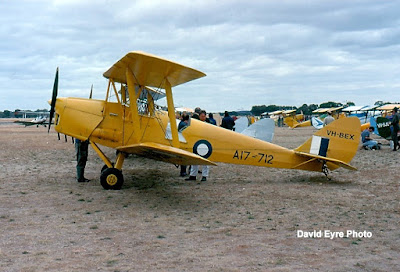