RV 4-based Rockets of New Zealand

John Harmon of Bakersfield California liked Dick Van Grunsven's RV 3 and he built several of them.  But thought he could make it better, so he built his Harmon Rocket 1 which had a raised turtle deck, a bigger engine and a longer undercarriage to cope with the bigger propeller.  Not many of these were built.

When Dick Van Grunsven designed the RV 4, John Harmon did it again, producing the Harmon Rocket II with a raised turtledeck, an IO 540 engine of 250 HP or so which required a lengthened undercarriage to cope with the bigger prop.  The fuselage was widened at the front to allow the cowling to flow into the fuselage without the cowl cheeks of the RV 4 and also lengthened slightly.  The wing was shortened but kept as per Van's constant chord (the Hershey Bar wing).  The Harmon Rocket II is not approved by Vans but you can get a kit from Harmon LLC, and the rest of the parts needed from Vans as a partial RV 4 kit.

We have had 2 Harmon Rocket IIs in New Zealand to date: 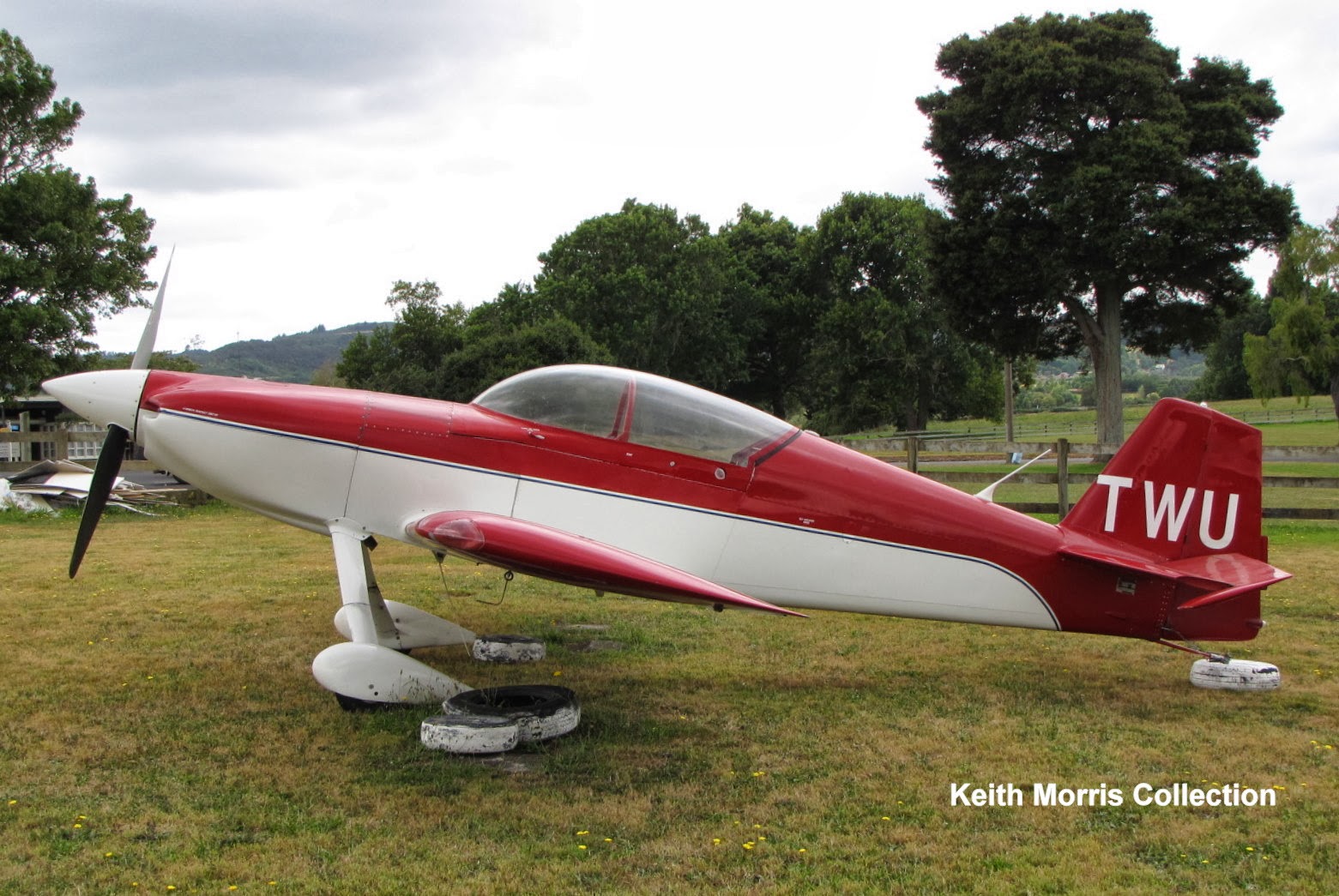 ZK-TWU (c.n 04) was built in the US and first registered as N67CW in 1994.  It was purchased by Andrew Fairfax of Queenstown and was first registered to him in New Zealand on 5/3/04.  Andrew Fairfax has since moved to Pukerua Bay, North of Wellington and ZK-TWU is now based at Otaki.  The above photo was taken at Ardmore on 5/2/10. 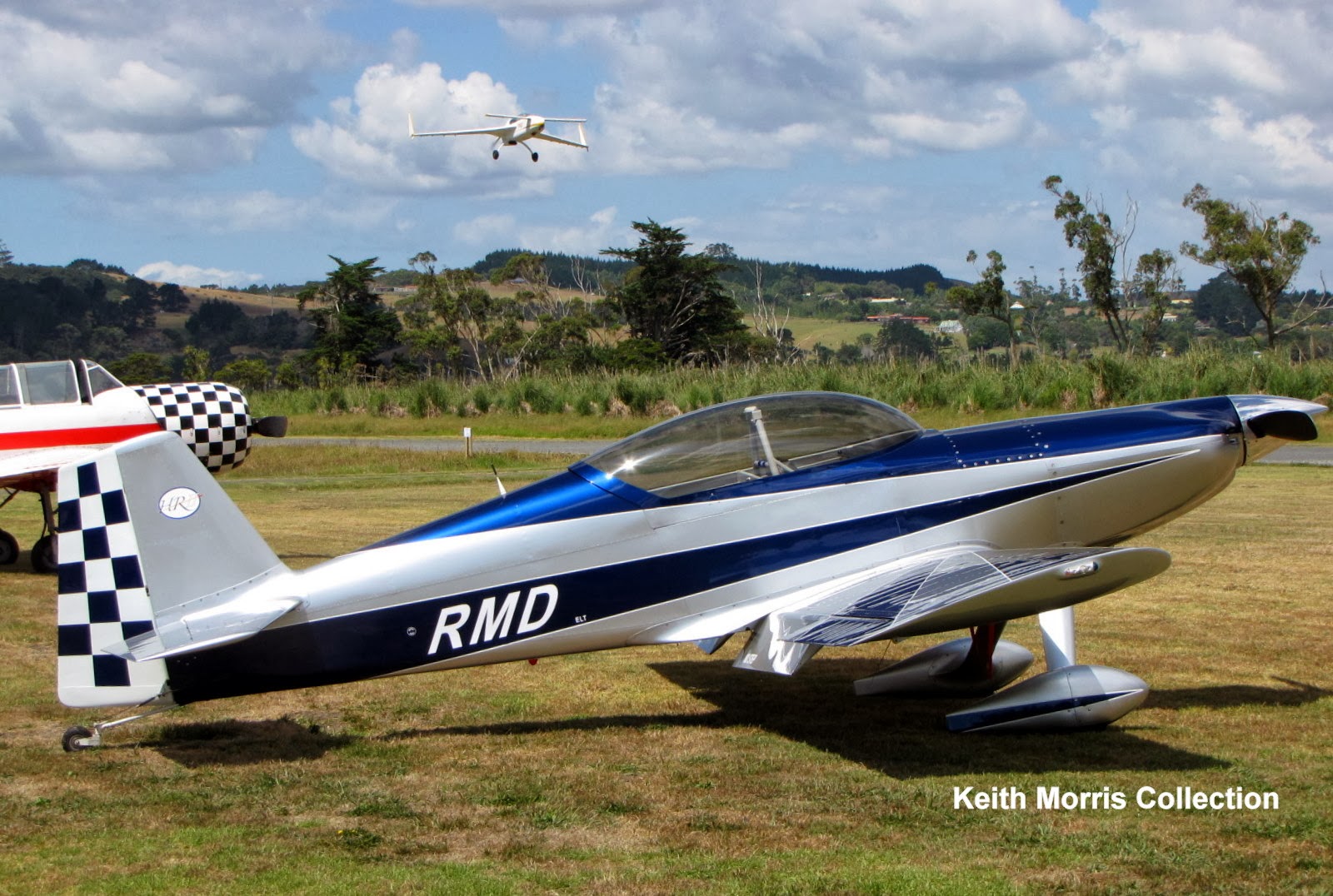 And our other Harmon Rocket is Dave Simpson's locally built ZK-RMD (c/n 1082-187-08) which Dave built at North Shore, and first registered it on 20/3/08.  ZK-RMD is registered for Rorison Mineral Developments who Dave used to work for, but it could also be for Rocket Man Dave?  It is photo'd above at a flyin at Parakai on 27/2/10.  It is currently for sale on Trade Me if you fancy some Rocket flying. 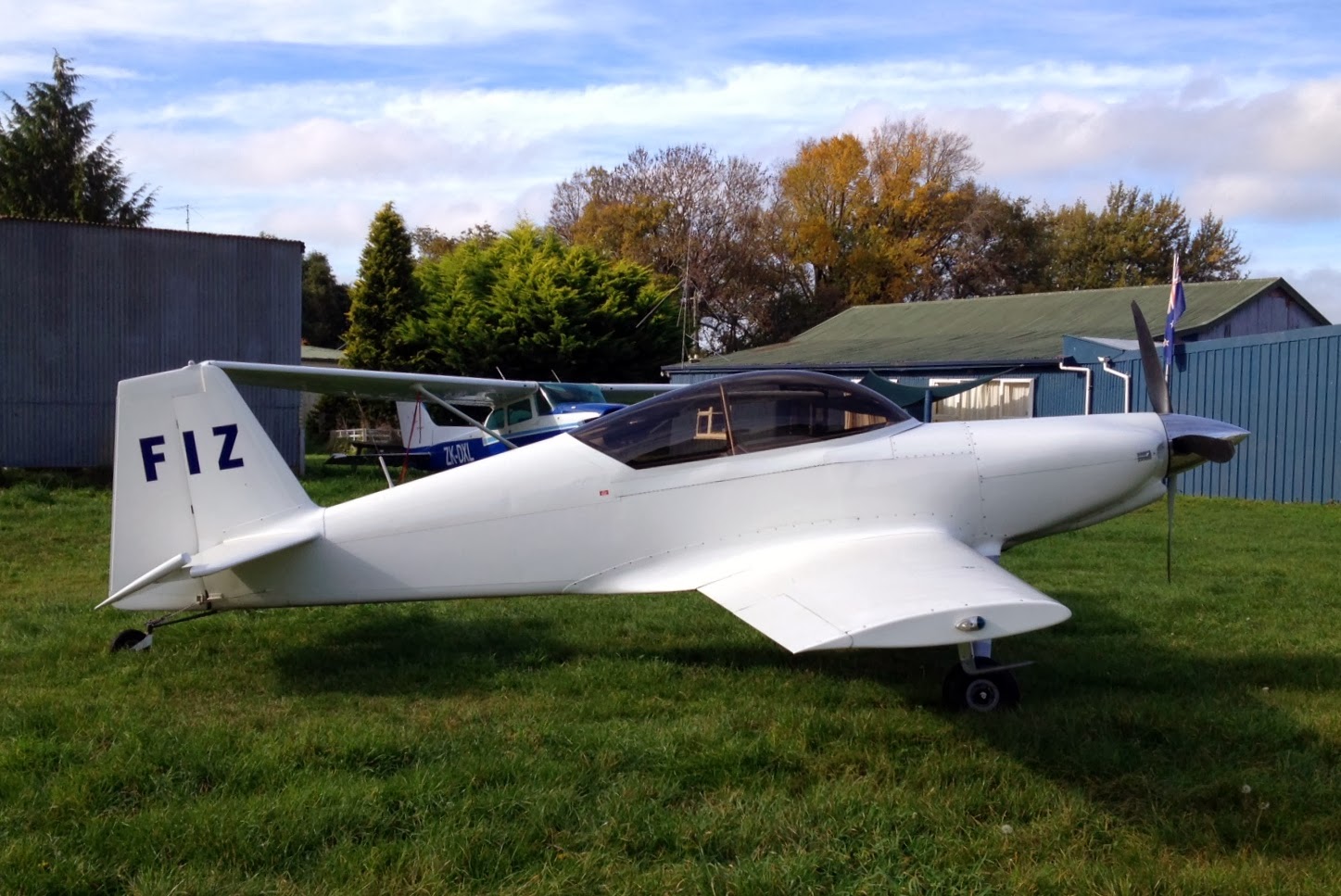 ZK-FIZ (c/n 173) is a Team Rocket F1 which is a further development of the Harmon Rocket and has no commonality at all with Vans.  It was designed in the Czech Republic, and kits were built there for Team Rocket in the USA.  Unfortunately the kits are no longer produced and I understand that ZK-FIZ was the last kit to be built.  It features the new Evo tapered wing that incorporates twist and also has Fowler flaps.  You can see the differing wings in the above two photos of ZK-RMD and ZK-FIZ.  The aircraft was mainly built in Texas and shipped to New Zealand for completion by a team at Gore led by Peter Kempthorne, for owner John Baynes (who also owns RV 4 ZK-RVZ).  ZK-FIZ was first registered on 1/4/11.  Thanks to Russell Brodie for the above photo, which was taken at Rangitata Island in August 2013.